Borussia Dortmund star Mario Götze will transfer to Bayern Munich this summer. He signed a contract for July dealing a major blow to Bayern's main competitor. 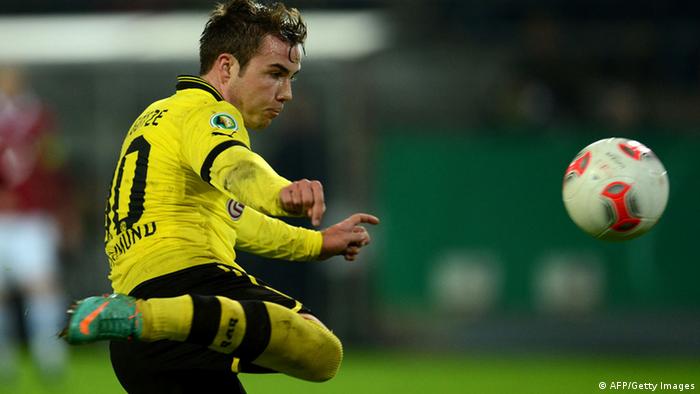 Although Götze is signed with Borussia Dortmund until 2016, his contract allowed him to leave the club this summer for a fee of 37 million euros ($48 million), a sum that Bayern Munich was apparently willing to pay.

The mass circulation newspaper Bild was the first to report the story early on Tuesday in an exclusive on its website. Later in the day this was confirmed by both clubs: Götze will begin his contract with Bayern on July 1.

"We are of course terribly disappointed, but we want to stress that Mario and his advisor did not breach our contract," Dortmund CEO Hans-Joachim Watzke said in a statement on the club's website.

Robert Lewandowski's agent has told a leading German paper that the Polish striker "intends" to leave Borussia Dortmund in the summer. There's no better time to tout; Lewandowski just made Champions League history. (25.04.2013)

It's been an astounding season for Bayern Munich, the ideal champions for the 50th Bundesliga campaign. Not only did everything come together, Bayern's new incarnation is itself a product of the league's revitalization. (07.04.2013)

The 20-year-old Germany international is widely regarded as one of football's biggest talents in Europe. The midfielder made his debut Germany aged 18 in November 2011. He was the youngest new cap for the national side since 1954.

Reports of Götze's transfer come as both Dortmund and Bayern gear up for the Champions League semi-final this week. Bayern faces off against Barcelona on Tuesday, while Dortmund will play against Real Madrid on Wednesday.