Göring-Eckardt: Border security is not the problem | Europe| News and current affairs from around the continent | DW | 28.10.2015

Göring-Eckardt: Border security is not the problem

Every day, thousands of people are trying to reach Western Europe via the Balkans. Countries, like Macedonia, cannot cope with the influx of refugees, says Green party parliamentary group leader, Katrin Göring-Eckardt. 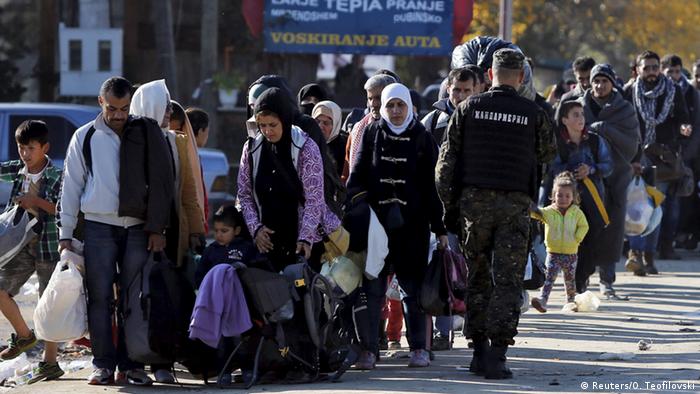 DW: Ms Göring-Eckardt, you're currently traveling through Macedonia, one of the poorest countries in Europe. How are people there coping with the influx of refugees from Syria and from other countries in crisis?

Katrin Göring-Eckardt: On the one hand, there are volunteers and aid organizations making a tremendous effort. On the other hand, the country is preoccupied with its own problems, so the refugee question is not a big issue in its domestic politics at present. The aid organizations are complaining that there's very little coordination and support, that the government institutions are hardly doing anything about it.

Some of the EU heads of government are saying that the Balkan countries should do something to slow down the movement of refugees – this is presumably impossible?

The main question is how you do something so that people here don't have to march through mud, that they're not left standing in the rain, and that they're supplied with food and warm clothing. That's a problem right now. And then, there's always the registration issue. I'm hearing that people are being registered several times in different places, first in Greece, then in Macedonia, and again in Serbia. We need coordination and cooperation here. It makes no sense that the refugees keep having to wait for hours and hours before getting papers again for the next 24 or 72 hours.

You've spoken to Fatmir Besimi, Macedonia's minister in charge of European affairs. Do the Macedonians feel they're getting enough support with all this, from Brussels, from Berlin? 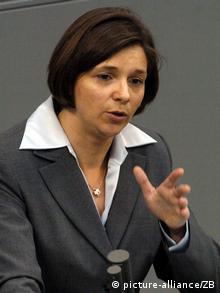 The Europe minister says, of course, that there could be more support. Not just in terms of the humanitarian situation, but also in terms of coordination. The little country of Macedonia, with thousands of people passing through it every day, can't manage that by itself.

On Sunday the countries along the Balkan route were invited to the summit in Brussels. Result: more EU border troops to be sent in support. Is that the right approach?

I don't see what they're going to do. There are already German border troops here who are supposedly providing support, but we have no idea what they're actually doing. Border security is not the problem. That won't solve anything. That's a relic from the period of the old isolation policy. The border protection agency Frontex effectively resulted in thousands of people drowning in the Mediterranean. Then, later, people said we have to try and save them. Border security is not the issue. It's about how people can be taken in, how to see that they are distributed sensibly around Europe, in a spirit of European solidarity. And about better coordination in registering them. That could help; but not pretending to people that it's possible to close the borders, and to deter people like that. You can only deter people by seriously combating whatever causes them to flee.

Macedonia isn't just a transit country for refugees en route to Germany. People come from Macedonia itself seeking to make a new home in western Europe. The German government, however, classifies it as a safe country of origin. Do you agree with this assessment?

We visited a Roma camp here and spoke to the people. You realize that for many people the social situation is very, very difficult. In this respect there has to be, on the one hand, a real prospect of emigration to Europe; and on the other hand, there has to be help on the ground so that the people here are able to live. That's what's most important to us. That's the decisive thing. Macedonia is a country in which there is less discrimination than in many other countries. But that doesn't mean that people from here aren't also recognized as asylum seekers, because they're experiencing individual discrimination. The first priority, though, is the task of giving people here prospects for the future as regards education and integration into the employment market.

Katrin Göring-Eckardt is the leader of the party Alliance 90/The Greens in the German parliament.

Chancellor Angela Merkel and other politicians have called on Facebook to do more against racist comments on the site. Now an opposition politician has gone public with the abuse she has taken on her Facebook page. (11.09.2015)

One thing was clear after the Brussels refugee talks: the Balkan states are called on to slow down the refugee trek. Experts, however, disagree whether that will help get the crisis under control. (27.10.2015)