Latin America has cause to celebrate. This year, countries on both continents will be observing the bicentennial of their independence from Spain. DW is presenting a special series to mark the occasion. 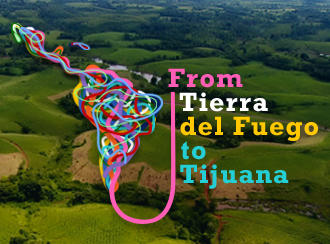 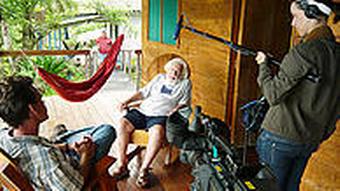 Deutsche Welle camera teams traveled Latin America the long way, from the southern tip of Chile to Mexico’s border with the United States, from Tierra del Fuego to Tijuana, to get to know the people and places and see what and how they are doing now. What are their hopes, dreams, issues and concerns? We listen to stories first hand, gather information on the politics, economies and societies and take in breathtaking vistas.

Travel with us through today’s Latin America in eight parts. 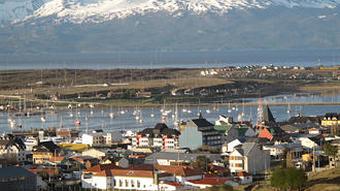 DW takes off on an 8-part documentary series that travels through Latin America the long way, from the tip of South America to Mexico's border with the U.S. state of California, meeting people who describe their lives and countries.
We take a look at a region of the Americas with a turbulent history,facing enormous challenges for the future. Our journey begins at the "end of the Earth", in Tierra del Fuego, a ragged coastline of crags, rocks and cliffs furrowed by calving glaciers. The sparse local population says this is where the world begins. 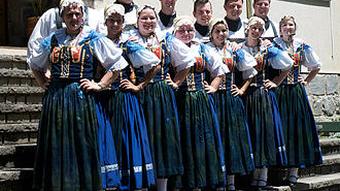 The second part of our journey through Latin America takes us to Uruguay and Brazil. In Montevideo, Candombe music sets the beat. The rhythm is based on Bantu African drums and harkens back to the time when black slaves made up nearly half the population of Uruguay. Today, only a tiny minority remain, but their music is still going strong. The area around Gramado in southern Brazil is rooted in the tradition of German immigrants whose descendants are now in the 4th and 5th generations. The young people help to keep German folklore alive in a countryside reminiscent of the Alpine foothills. 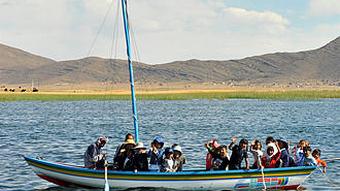 In the past, tourists crossing the Bridge of Friendship from Brazil to Paraguay often met with a decidedly unfriendly welcome. Now a special tourist police keep the robbers at bay. Otherwise, Paraguay is a generally peaceful place. Some people even speak German! Mennonites have been raising cattle on the dry savanna of the Gran Chaco for generations. Neighboring Bolivia boasts Latin America’s first president of indigenous origin. Evo Morales has plans to extract the vast lithium deposits of the Salar de Uyuni salt flats – without foreign investment. Our journey through the landlocked Andean nation ends at Copacabana, a place of pilgrimage on Lake Titicaca.

Part 1 as video on demand

Part 2 as video on demand

Part 3 as video on demand

Part 4 as video on demand

Part 5 as video on demand

Part 6 as video on demand

Part 7 as video on demand

Part 8 as video on demand