Freudenberg: A small German town but a big Instagram star

Pictures of Freudenberg's snow-covered, 17th century houses have drawn fans from around the world, especially visitors from Japan. DW visited the German town to find out what it's like living in a tourist attraction. 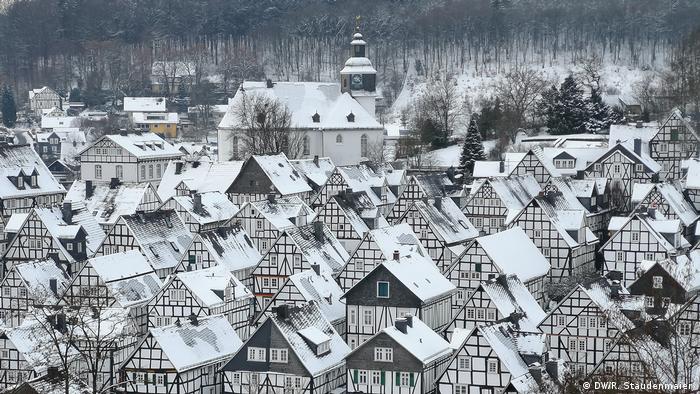 After climbing the steep stairs to reach a hilltop overlooking Freudenberg, it's easy to see why tourists from around the world come to visit the western German town, located in a rural area about a 90 minute drive away from Frankfurt am Main or Cologne.

Down below, over 80 timber-framed houses are perfectly aligned in the panoramic view from the city park. Their black and white facades and snow-covered rooves look as though they've jumped out of the pages of a fairytale.

It's wintry images like these that have made Freudenberg a star on Instagram, with the town tagged in over 11,000 posts on the photo-sharing social media platform.

The pictures of Freudenberg's old town, dubbed the Alter Flecken, have "caused an avalanche" of interest, the town's mayor Nicole Reschke told DW.

"In the past six months, the images of the Alter Flecken, with or without snow, have spread through social media and other media platforms to such an extent that interest has risen — and we've already seen more tourists," she added. 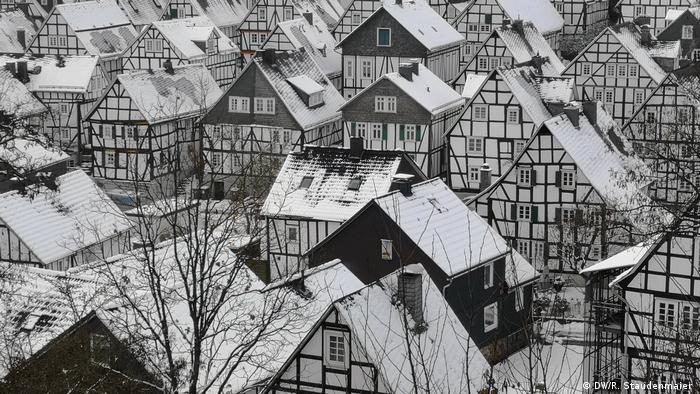 Most of the people who live in the historic houses don't mind all the attention, one resident told DW

Although there's already been a boost in the number of tourists coming through the town, the full extent of Freudenberg's Instagram-boom will likely only become clear within the next three years, Reschke said.

"We are curious to see whether this will continue."

A rise in Japanese visitors

Busloads of tourists, many from Asian countries, regularly roll into Freudenberg, parking at the base of the stairs that lead up to the panoramic city views.

Besides snapping pictures from the city park, visitors also take advantage of the town's open-air stage, the Technology Museum and the local hiking trails.

Freudenberg hosts around 30,000 overnight guests a year, although the actual number of tourists is likely to be much higher.

Many groups, especially those that arrive on bus tours, only spend a few hours in town  — making it difficult to get an accurate count of the people coming through Freudenberg, mayor Reschke explained. 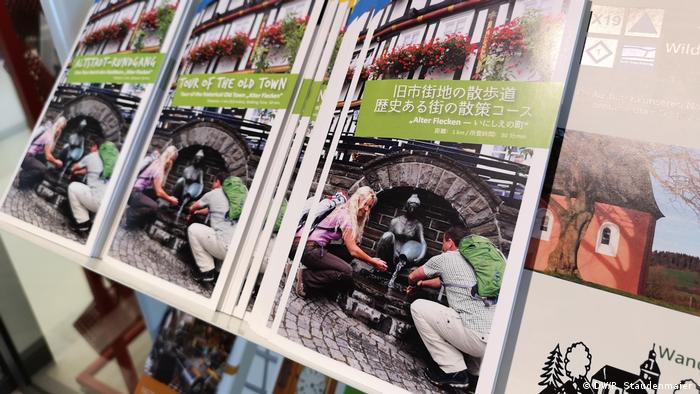 The number of tourists from Japan in particular has spiked in the last three or four years after a report about the town was shown on television in Japan, said Bärbel Bäumer, an employee at Freudenberg's tourist information office.

"I think that Freudenberg is a now a fixed stop for tour groups," she added.

Interest has increased so much that the city had a flyer with a map of the old town translated into Japanese.

Tourism and city officials have also specifically designed new souvenirs to make them more lightweight and convenient for tourists with long flights back home.

The black and white patterns of Freudenberg's 17th century, timber-framed houses have been incorporated into modern bags, sleek keychains and decorative slate plates that also seem destined  to catch the eye of Freudenberg's Instagram-savvy visitors. 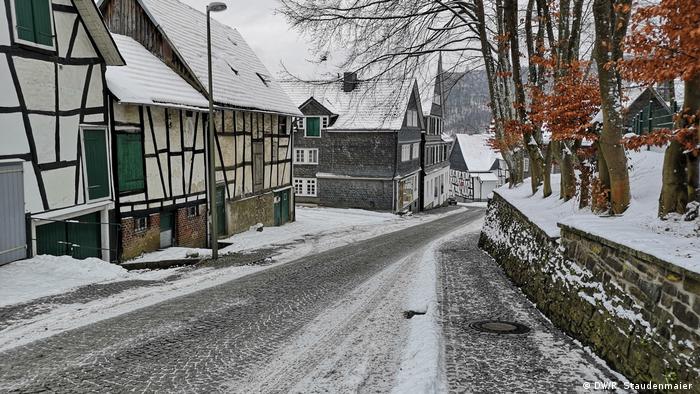 Although the houses look uniform from above, each one has a unique feature (like green doors and shutters) that sets it apart from the other buildings

As more tourists make their way to Freudenberg, local officials have announced plans to improve the Kurpark, the city park that offers the best views of the old town.

The €2 million ($2.29 million) project will include improvements to the park, such as constructing either a cafe or kiosk at the top of the hill, according to mayor Reschke.

In the future, visitors will be able to enjoy a cup of coffee and piece of cake while taking in the view of the Freudenberg's Alter Flecken.

The project will also help to make the viewing platform more accessible by installing disabled parking spaces on top of the hill and improving the stairs to make the ascent less steep.

Eventually, Reschke hopes to have a small, self-driving electric bus to help ferry visitors from the town center to the viewpoint in the park but said "that most of that was still up in the air." 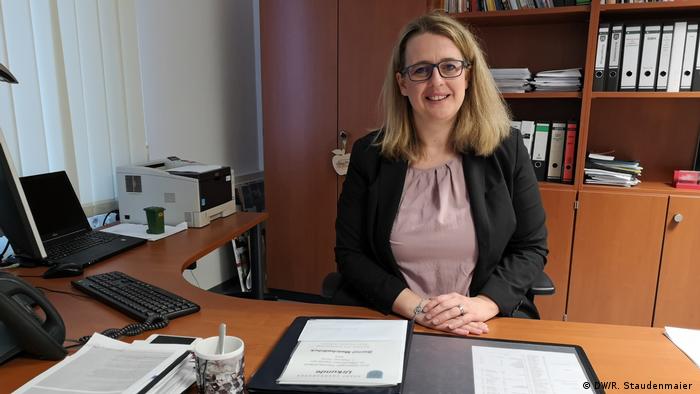 Freudenberg's beautiful 17th century houses have been attracting people from around the world for years, even before the Instagram-boom, mayor Nicole Reschke told DW

With visitors constantly snapping pictures and strolling through Freudenberg's narrow streets, especially between May and September, how do residents feel about living in a tourist attraction?

"You live with it. Many of the tourists are very sweet," said Ms. Bäumer, who lives in one of the timber-framed houses.

"If you don't like it, then you should move, but most of the residents don't have any objections," she added.

Going forward, Reschke said it will be important to balance Freudenberg's tourism industry with the needs of its 18,000 residents — the majority of whom live outside the old town.

"I think you have to be careful that it doesn't turn into a mass tourism situation, because it's not a museum — it's a residential area," she explained. "But I think we are on the right track."

Castles are very popular in Germany — but their exact number remains a mystery, as each federal state keeps its own statistics. But a club in Germany wants to put an end to this confusion with a scientific database. (30.01.2018)

We were here! Take a picture and share it on Instagram. Some 80 million photos are posted daily to the network worldwide. Here are the sights that have proven most popular among users. (15.05.2017)