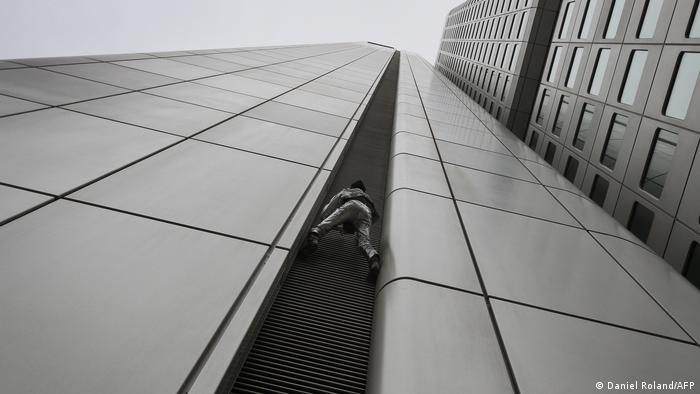 French climber Alain Robert climbed untethered up the side of the 166-meter (545-foot) office building on Thursday in Germany's financial capital that is home to rail operator Deutsche Bahn.

Now, police say Robert, known as "Spider-Man" for his climbing stunts, is facing criminal trouble for his latest feat, which he performed wearing a silver suit and cowboy boots.

Frankfurt police spokesman Thomas Hollberbach told the Associated Press news agency that Deutsche Bahn has filed a criminal trespassing complaint, that Robert may have to pay for the cost of the law enforcement operation to secure the area during the climb, and that the use of an unauthorized drone to film the stunt could incur a fine.

Robert was arrested in France last month after climbing up the facade of the Tour Montparnasse, the tallest building in Paris.