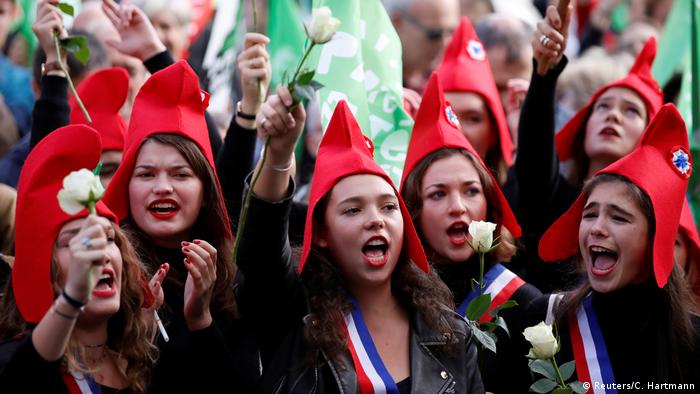 Thousands of demonstrators took to the streets of Paris on Sunday in protest to a government bill which allows single women and lesbians to become pregnant with fertility treatments.

If passed, the women would receive access to in-vitro fertilization (IVF) and related fertility procedures.

The demonstration began outside the Senate, where the law is headed this month, and continued to the Tour Montparnasse skyscraper.

Left-wing and pro-LGBT+ rights groups held a counter-protest. Police cordoned off a number of streets in Paris in case of violence.

Organizers had hoped around 100,000 people would turn up for the rally led by Roman Catholics and some 20 other mainly conservative groups. They chartered two-high speed TGV trains and around 100 buses to bring more protesters to Paris. About 74,500 people took part in the rally, Franceinfo reported, citing the research company Occurrence, which had counted the participants.

"It's not going to be derisory. It will probably be comparable to the first protest [against gay marriage] in 2012, with around 100,000 people," said Pascale Moriniere, president of the Association of Catholic Families (AFC). Her group distributed about 3 million flyers in protest of the law in recent weeks.

Gilbert Collard, a French member of the European Parliament, tweeted an hour into the protest, "Due to the great number of French people present, an alternative route has been put in place." 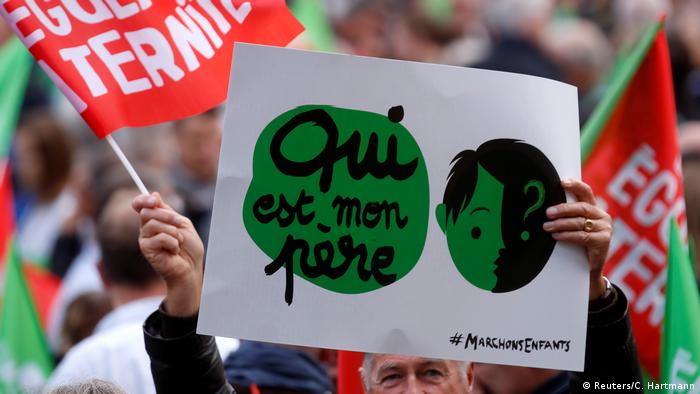 Opponents of the proposed law claimed children require a paternal figure and that without one the traditional family structure would be undermined. Opponents also fear that the law will soon encourage the legalizing of surrogacy, including for gay men.

Demonstrators held signs that read 'Who is my father?' and signs featuring a cartoon of a pregnant woman and the caption, "To rent — soon in France?" 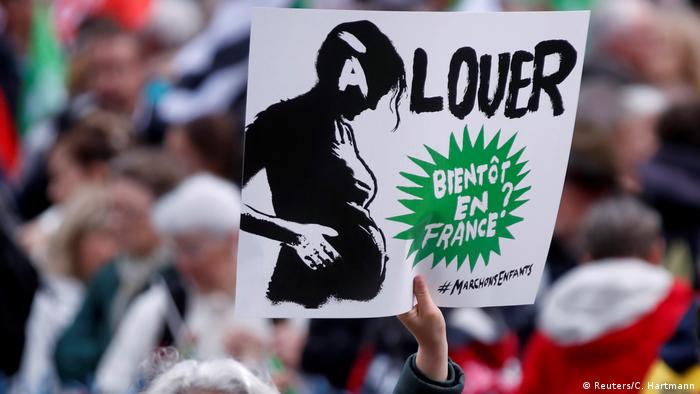 A protester's sign reads, 'To rent - soon in France?'

The lower house of parliament approved the law in September, making it the first major social reform since France legalized gay marriage in 2013. At the time, the reform led to mass protests by the same Catholic groups and far-right activists that organized Sunday's march. One 2013 protest had attracted around 340,000 people.

Several other countries already provide fertility services for lesbians and single women but under existing French law, only infertile heterosexual couples can access such treatments. Many women have been forced to seek treatment abroad.

Other European countries including Belgium, Britain, Ireland, the Netherlands, Spain, and the Scandinavian countries have authorized fertility assistance for all women.

French President Emmanuel Macron vowed during his 2017 election campaign to advocate the law despite resistance from conservative religious groups and right-wing opponents.

If the bill is enacted into law, France's health care system would cover the cost of fertility procedures for all women under 43. Children conceived with donated sperm will also be permitted to discover the donor's identity at age 18. 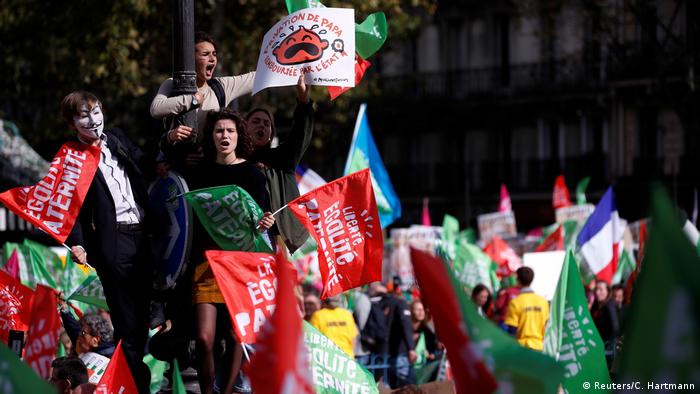