France has united its intelligence services to coordinate responses to terror attacks. The agency, already in the works, came into being a day after a man attacked police officers outside the Notre-Dame Cathedral. 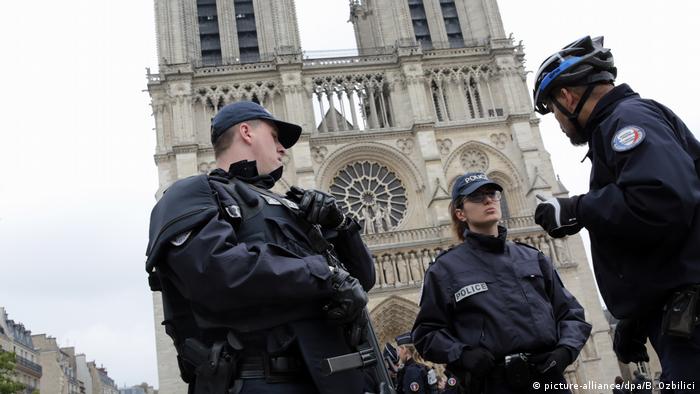 French President Emmanuel Macron gathered government ministers and security officials to create a counterterrorism task force on Wednesday. He had pledged to create the agency during the run-up to his election last month as rivals criticized the neoliberal former economy minister as weak on security.

"This has been created to ensure that the intelligence services truly cooperate," a representative of the French presidency said of the 20-member 24/7 agency.

France's intelligence services have come under scrutiny over the course of a year and half of high-profile attacks that have killed about 230 people. The president will have direct authority over the task force.

On Tuesday, a man armed with a hammer and kitchen knives and later identified by authorities as a 40-year-old Algerian student shouted "this is for Syria" and left one policeman with minor neck injuries before officers shot him outside the famous Notre-Dame Cathedral in central Paris.  A source close to the investigation told news agencies that, in a search of the man's home, officers had found a video in which he pledged allegiance to IS.

The group frequently claims such attackers as its members as long as they have stated their allegiance - even if they have not had direct contact with IS and the circumstances surrounding their radicalization seem circumstantial. For example, on Wednesday government spokesperson Christophe Castaner told the broadcaster RTL that the assailant had not previously "shown any signs of radicalization." He called the attack an "isolated act."

The suspect is being treated in hospital, and will be charged by authorities when sufficiently recovered, a security source told news agencies.