The French leader faced two no-confidence votes amid a political uproar over a former bodyguard and plunging approval ratings. The motions had been brought forward by both conservative and Socialist lawmakers. 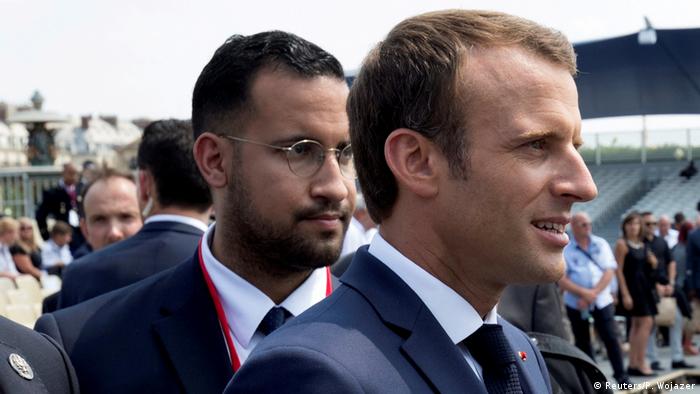 The French government survived two votes of no confidence on Tuesday. The motions were introduced by opposition parties in response to the government's handling of a political crisis surrounding a presidential security aide.

Macron's ex-bodyguard Alexandre Benalla was caught on video beating a male demonstrator during May Day protests and dragging away a woman while wearing a police armband — usually worn by plainclothes officers — and a police helmet, even though he is not a police officer.

Benalla was fired last week, but opposition leaders criticized the government's reaction as  too slow. Last week, Macron said he was proud to have hired Benalla, whom he described as a "devoted" employee who had "taken an unusual path" professionally.

The opposition right-wing Republicans party, which brought one of the two motions, also took aim at Macron's refusal to comment on the incident for several days. Christian Jacob, who introduced the motion, accused Macron of displaying arrogance in his response, and of displaying "monarchical leanings."

A second motion was put forward by the Socialist Party. 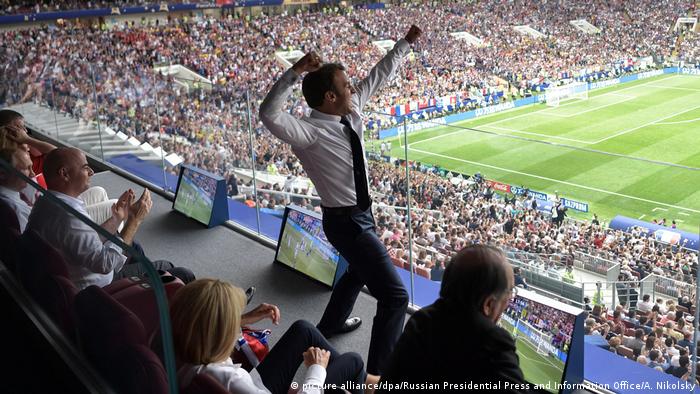 Macron's approval ratings sank to below 50 percent in May — down from a peak of 59 percent just after he took office last year. In June they plunged to 40 percent, according to a Harris Interactive poll.

The president's ratings improved slightly in July, according to Harris, a month that was also marked by France's victory at World Cup in Russia. However, a second poll, published on Sunday by French newspaper Le Journal du Dimanche showed that Macron's popularity slipped to a new low of 39 percent in July.

Confidence votes are fairly common in France, yet only one government in the country's 60-year-old Fifth Republic has been brought down by one: that of Georges Pompidou in 1962.

French President Emmanuel Macron has reportedly ordered an office shake-up amid a scandal surrounding a presidential security aide. The government has been accused of covering up a violent assault. (23.07.2018)

Brigitte Macron, wife of France's president-elect, is the latest in a long line of women to move into the Elysee. She aims to redefine the role of first lady - much like these women have done over the last 130 years. (11.05.2017)