French police have shot dead a suspect during an anti-terrorism operation in the northeastern city of Strasbourg. The operation was part of a broader investigation into a bomb attack on a Jewish grocery store in Paris. 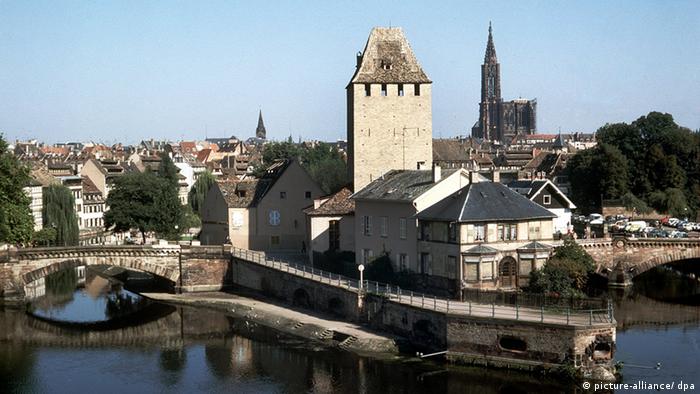 A terrorism suspect fired on French police Saturday morning, as they entered a fourth-floor apartment in the Esplanade district of Strasbourg in a bid to arrest the man.

The police then returned fire and fatally injured the suspect, France Info radio quoted the city prosecutor's office as saying.

"During an anti-terrorist operation in Strasbourg..., gunfire was exchanged between police and the suspect," Strasbourg prosecutor Patrick Poirret said in a release. "The latter was killed."

Norbert Georgel, the secretary for the region's police union, said that the "group was met with a .357 magnum (revolver)." One police officer, wearing a bulletproof vest and helmet, was lightly injured.

The attempted arrest in Strasbourg was part of a broader anti-terrorism sweep conducted in several French cities on Saturday. Police were also conducting operations in greater Paris as well as the Mediterranean cities of Cannes and Nice.

Saturday's nationwide operation is linked to an investigation into a September 19th bomb attack on a kosher grocery store in the suburb of Sarcelles, located in the Val-d'Oise department near Paris. Two assailants threw a bomb into the store, lightly injuring one person.