Police have raided IMF chief Christine Lagarde's Paris apartment. She is under investigation for her role in the Tapie-Adidas settlement case during her time as finance minister. Critics have accused her of corruption. 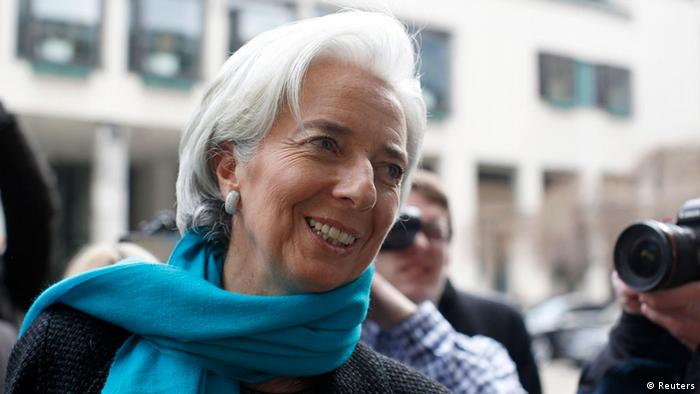 Following news of the search on Wednesday, Lagarde's lawyer told news agencies that his client was innocent.

"This search will help uncover the truth, which will contribute to exonerating my client from any criminal wrongdoing," attorney Yves Repiquet told the news agency Reuters, among others.

Lagarde was reportedly in Germany at the time of the raid on her Paris home.

Authorities entered her residence to search for information relating to her involvement in a high-profile settlement case that left French politician, Bernard Tapie, with hundreds of millions of euros.

After buying Adidas from then state-owned Credit Lyonnais, Tapie had sought compensation from the state, arguing that Credit Lyonnais - which later collapsed - had defrauded him by purposely undervaluing the sportswear company at the time of sale.

In 2007, then French Finance Minister Lagarde deferred the case to a panel of judges to settle the matter. Tapie then received 285 million euros ($368 million) in the settlement, a sum which shocked France.

Critics have accused Lagarde of abusing her power to benefit Tapie, who was a supporter of then President Nicolas Sarkozy.

Lagarde has denied the allegations.

The International Monetary Fund (IMF), where Lagarde currently acts as head, declined to comment on Wednesday. However, IMF spokesman, Gerry Rice, reiterated the organization's confidence in Lagarde to continue leading.

"As we have said before, it would not be appropriate to comment on a case that has been and is currently before the French judiciary," said Rice.

"Prior to its selection of the managing director [in 2011], however, the IMF's Executive Board discussed this issue and expressed its confidence that Madame Lagarde would be able to effectively carry out her duties as managing director."

Lagarde, 57, took over the helm of the IMF in 2011 after France's Dominique Strauss-Kahn resigned amid allegations of sexually assaulting a hotel maid in New York City.