Police in the French city of Tours have shot dead a man who attacked them with a knife. Anti-terrorist investigators are probing whether the attack had possible radical Islamist motives. 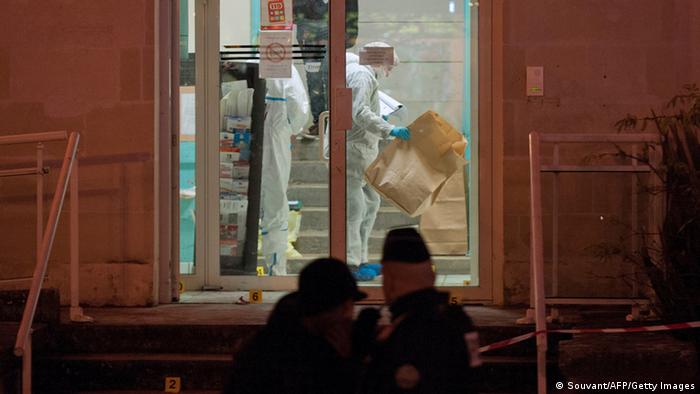 French police in the central city of Tours on Saturday shot dead a man who attacked them with a knife at the entrance to the police station.

The attacker, who was around 20 years old, wounded an officer in the face and injured two others before he was "killed by police officers present using their issued firearms," the French interior ministry said in a statement.

Interior Minister Bernard Cazeneuve confirmed that the attacker, a French citizen born in Burundi, had shouted "Allahu Akbar" during the attack and was "extremely violent," Reuters news agency reported.

The prosecutor's office in Paris said that a probe for "attempted murder and criminal conspiracy in connection with a terrorist organization" had been opened against the assailant.

"There are grounds to probe whether he acted alone, whether he followed orders, or whether it was a mindless action," Public Prosecutor Jean-Luc Beck told BFM television.

The attacker had not featured in any watch lists maintained by France's domestic intelligence service, but his brother was known to security agencies for his radical convictions and had also planned on moving to Syria, news agency AFP said, quoting a source who did not want to be named.

French daily Le Figaro reported that the man "could be an Islamist known by the French DGSI intelligence service for his radical positions."

The French president has announced that a French citizen has been released from captivity in North Africa. Speculation runs wild as to whether or not France paid some kind of ransom in return for his release. (09.12.2014)