French police have begun searching for a suspected murderer believed to have killed and dismembered another man in Canada. The crime appears to be linked to packages containing body parts sent to Canadian politicians. 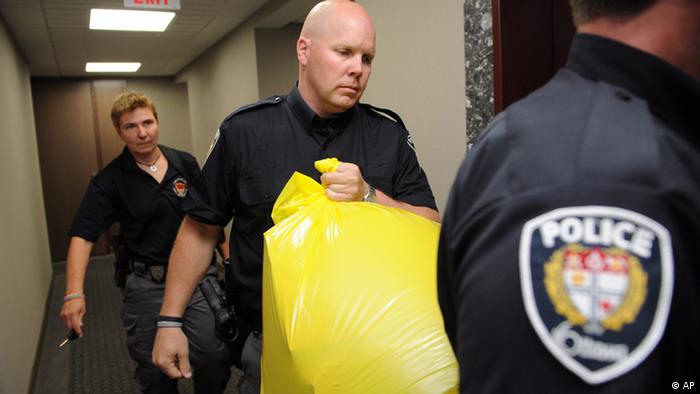 "This is the kind of guy that's looking for attention," Montreal Police Commander Ian Lafreniere told the AP news agency on Saturday. "He likes to glorify himself with the web. The web will glorify him and the web is also going to bring him back to justice because there are a lot of pictures of him out there and it will help lead him to us."

Body parts in the mail

At Canada's request, Interpol issued an international arrest warrant for Magnotta on Thursday. Police found evidence in Magnotta's apartment that indicated he had fled to France on May 26.

The video posted on the Internet showed one man beheading another, who was naked and tied up. The killer then performed sexual acts on the body. Montreal police said Magnotta's apartment, which was covered in blood, was the worst crime scene they had ever seen.