The mother of a child at a French elementary school has been taken into custody after a female teacher was stabbed to death in front of her students. The motive for the knife attack was initially unclear. 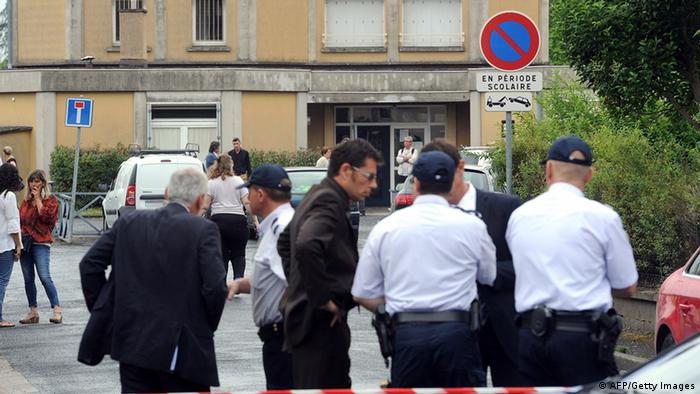 The mother attacked the teacher as morning classes began at the Edouard Herriot primary school in southern France, officials said.

The victim, a 34-year-old teacher who was herself a mother of two, had been leading a class of five and six-year-olds on the final day of the school year.

Prosecutors said the attacker had been armed with a knife. It was not immediately clear whether the mother's child had been in the room at the time and what motive there might have been for the attack.

The woman was said to have been detained quickly, with staff and pupils from the school - attended by some 284 children - evacuated immediately after the incident.

The killing was condemned by French President Francois Hollande, who dispatched Education Minister Benoit Hamon to the school to take charge of the government's response.

"All state services will be mobilized to take care of these children and the staff who witnessed this awful tragedy," Hollande said in a statement. A spokesman for the education minister said he was "deeply shocked."

"This tragedy confirms there is a need to fight against violence in and around schools, to protect schools, teachers and students," said the spokesman for Hamon.

The killing - in the Midi Pyrenees region town of Albi - took place a day after the release of a study that showed education workers in France were twice as likely to be threatened or insulted as people in other professions. The INSEE state statistics agency identified that 12 percent of teachers and other school personnel had suffered threats or verbal abuse.

Teachers under the age of 30 were said to be more likely to be assaulted. A study in April showed that nearly half of elementary school principals reported being harassed, threatened or insulted.