French police has confirmed it has swooped on a suspected ring that may have brought horsemeat not fit for human consumption into the food chain. The horses in question were said to have been used to develop medicines. 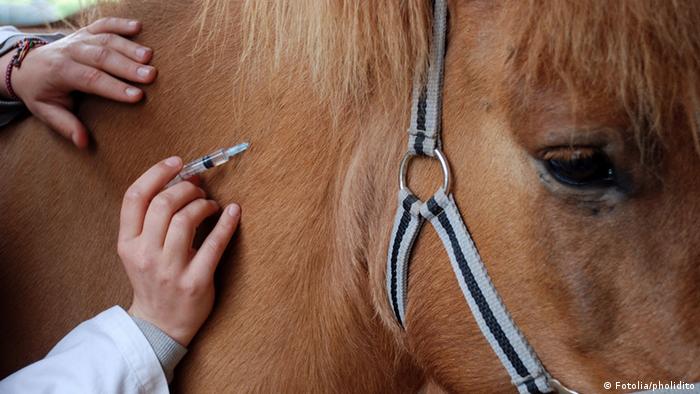 Police arrested over 20 people in raids on the horsemeat industry in southern France Monday on suspicion that horses used for pharmaceutical experiments had been sold fraudulently as food.

Some 100 officers, along with inspectors from the national veterinary brigade, took part in the crackdown in altogether 11 districts, a statement from the paramilitary gendarmerie said.

Pharmaceutical company Sanofi confirmed it had used the horses in question to incubate antibodies for serums to treat everything from rabies to snake bites. It said the animals had been in good health, but not certified as fit for human consumption.

Not the first scandal

"It could involve hundreds of horses, if this has been going on for several years," spokesman Alain Bernal commented. "In the three years under review, we must have discharged about 200 horses," he added.

Media reports in France suggested the animals were sold to traders suspected of falsifying veterinary documents so the horses could be used in the food chain. Among the people detained Monday were not only traders, but also meat producers and veterinarians who are believed to have collaborated.

Earlier this year, a French meat-processing plant was at the center of a Europe-wide scandal over mislabeled frozen meals containing horsemeat instead of beef.

Horsemeat has slowly fallen out of favor with most consumers in France, but can still be bought at specialist butchers.