Manuel Valls has said six people were responsible for the attack, three of whom were killed. More than two dozen people lost their lives over the weekend when gunmen stormed a hotel and cafe. 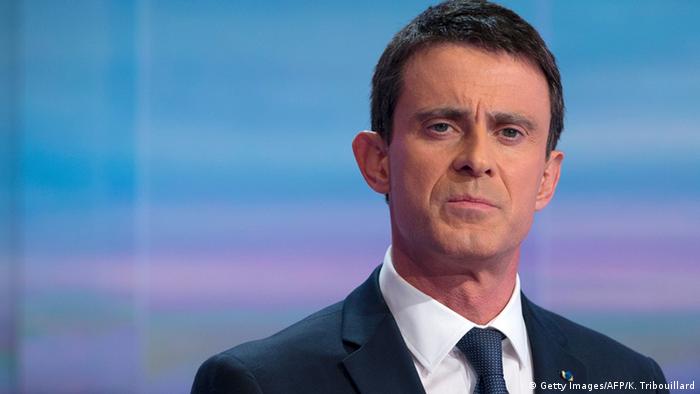 The French prime minister said on Tuesday the remaining three gunmen were still at large following the terrorist attack that left at least 28 people dead in Burkina Faso.

Al Qaeda militants on Friday opened fire on the Cappuccino Cafe before holing up in the nearby Splendid Hotel, which marked the beginning of a siege that lasted more than 12 hours. Among the dead were around 13 foreigners, including the Italian owner of the cafe and his Ukrainian wife.

Citizens from Canada, France, Switzerland, the Netherlands and the United States were also among those killed. 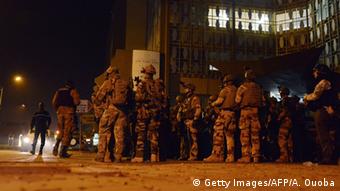 The Splendid Hotel during a militant attack over the weekend

More than 126 people were held hostage in the hotel before Burkina Faso and French security forces launched a counter-attack leading to the deaths of three of the gunmen.

The massacre was the first terrorist attack of its kind in the West African country.

"These truly barbaric criminal acts carried out against innocent people, claimed by the criminal organization Al Qaeda in the Islamic Maghreb, seek to destabilize our country and its republic institutions, and to undermine efforts to build a democratic, quiet and prosperous nation," said President Roch Marc Christian Kabore.

'Trial by fire' for new Burkina Faso leaders after attack

Burkina Faso and Mali will need to work together to counter the growing threat of Islamic militants following two deadly attacks in the region says one analyst. (18.01.2016)

Two French nationals were among the 23 people from 18 countries who died in the attack on an international hotel in the capital of Burkina Faso. French police are helping with the investigation. (16.01.2016)