Alexander Zverev is out of the French Open after losing in straight sets to Dominic Thiem. The German was a spent force having battled through three five-set matches to reach his first Grand Slam quarter-final. 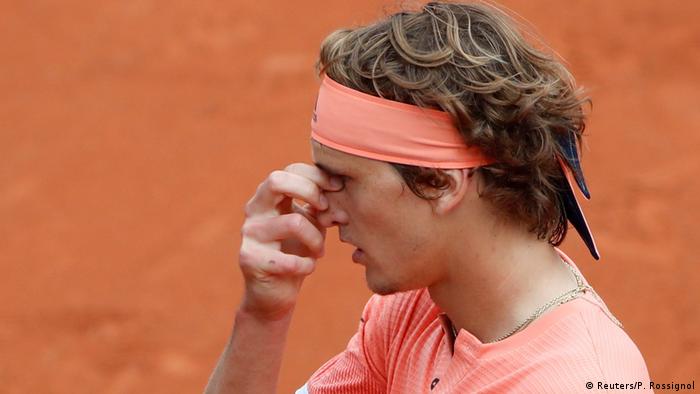 A fatigued Alexander Zverev is out of the French Open, as Dominic Thiem reached his third successive semi-final at Roland Garros after a convincing 6-4, 6-2, 6-1 victory over the German.

Zverev, who left the Philippe-Chatrier court having made 42 unforced errors and hit just 19 winners, simply ran out of gas, paying a heavy price for needing three successive five-set matches to reach his first Grand Slam quarter-final.

The world number three's Roland Garros marathon also left him physically drained, and he needed his left thigh strapped in the second set.

"He is one of the fittest guys on the tour so it was difficult for him today," said Thiem, the only man to have defeated 10-time French Open champion Rafael Nadal on clay this year.

"I hope we have many more matches at the Grand Slams but when we are 100 percent.

"It's great to reach the semi-finals for a third year but it's time to take another step and I will do everything for that."

Thiem, the Austrian seventh seed, goes on to face either 2016 champion and 12-time major winner Novak Djokovic or Italy's world number 72 Marco Cecchinato for a place in Sunday's final.

Djokovic out and may miss Wimbledon 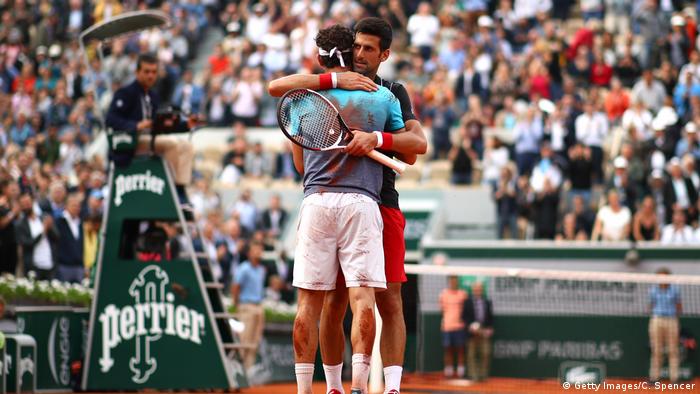 Cecchinato cruised through the opening set as Djokovic was suffering from neck pain before the Serbian fought back after the loss of the second. His opponent, however, was the stronger in an epic fourth-set tiebreak, prevailing on his fourth match point.

The last Italian man to take part in a major semi-final was Corrado Barazzutti at the 1978 French Open. The unseeded Cecchinato, who broke down in tears after the match, next faces Thiem for a place in Sunday's final.

The Serb appeared distraught after the defeat by Cecchinato and hinted that he may miss Wimbledon in July.

"I don't know if I'm going to play on grass," Djokovic told a media conference room minutes after walking off court.

Madison Keys reached her first French Open semifinal by defeating unseeded Yulia Putintseva 7-6, 6-4 — and her reward is a showdown with compatriot Sloane Stephens.

Although not known as a clay-court specialist, the 13th seed Keys has not lost a set at Roland Garros. 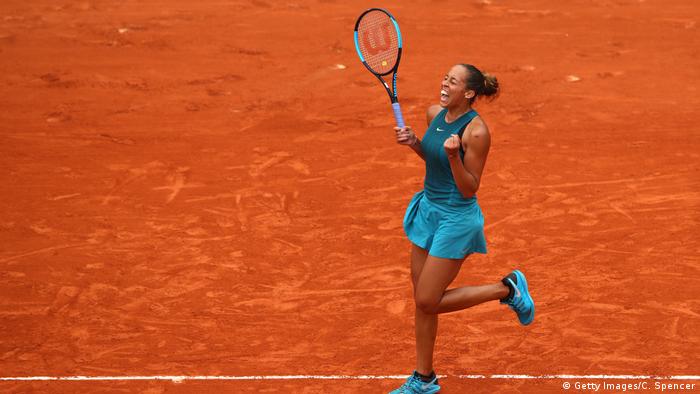 Madison Keys celebrates victory over Yulia Putintseva. She will now face compatriot Sloane Stephens for a place in the final.

"Today is a perfect example of what I have been trying to do, and I think it showed today," Keys said. "There were times when I had to go back and hit a higher ball, where maybe before I would have tried to hit a line-drive winner."

Reigning US Open champion Sloane Stephens ensured her progress to the final four by easing past 14th seed Daria Kasatkina 6-3, 6-1.

The American 10th-seed clinched the victory on her first match point with a forehand winner from the baseline to seal a rematch of last year's US Open final.