Jelena Ostapenko became the first Latvian woman to reach a Grand Slam semifinal in the professional era after a shock win against Caroline Wozniacki. The world number 47 will face Swiss Timea Bacsinszky on Thursday. 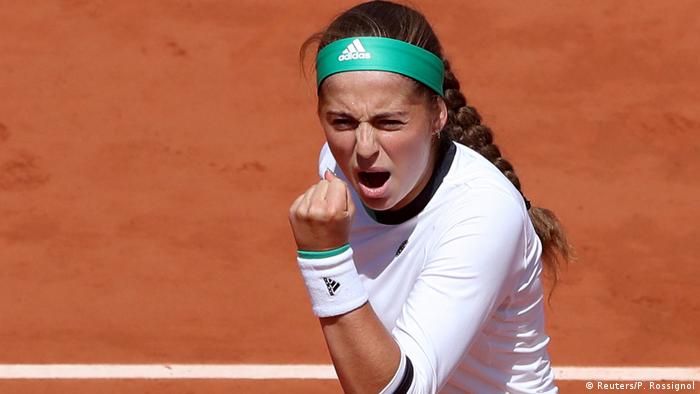 Latvian Jelena Ostapenko's dream run at the French Open continued as she stunned former world number one Caroline Wozniacki to reach the semi-finals on Tuesday.

Ranked number 47 in the world, Ostapenko, 19, recovered from losing the first five games of a rain-ravaged match to outclass 11th seed Wozniacki 4-6 6-2 6-2 on Court Suzanne Lenglen.

"I mean, of course, when I came here, I didn't expect I'm going to be in the semis, but I was playing better and better every match," Ostapenko said in the post-match press conference. "So I think if I keep it up, I think anything can happen." 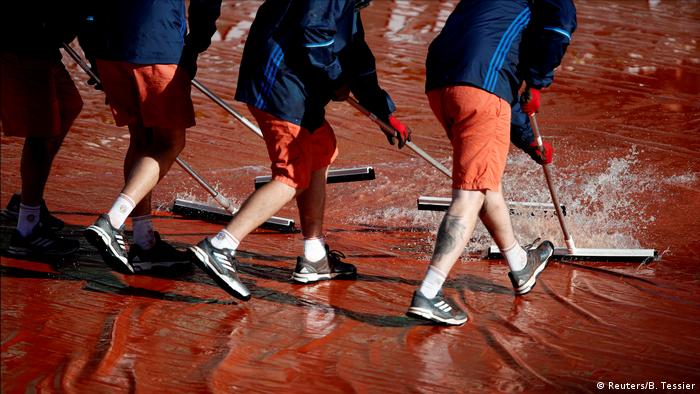 Rain has disrupted the French Open, with Rafael Nadal and Novak Djokovic's quarterfinals postponed until Wednesday.

Playing in the main draw in Paris for only the second time, Ostapenko is the first teenager to get to the semi-finals at Roland Garros since Ana Ivanovic in 2007.

She will face Swiss Timea Bacsinszky in the semifinals on Thursday, when Ostapenko will celebrate her 20th birthday.