Serena Williams and Maria Sharapova will meet in a mouth-watering fourth round clash after they both powered past their opponents in straight sets on Saturday. Men's top seed Rafael Nadal is also safely through. 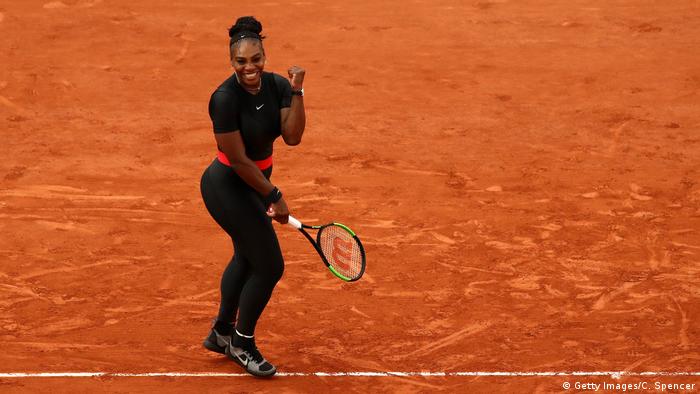 Serena Williams produced the best performance of her Grand Slam comeback to beat 11th seed Julia Goerges of Germany 6-3, 6-4 and set up a blockbuster showdown with Maria Sharapova.

Williams, 36 produced an irresistible clean-hitting display against Goerges, making only three unforced errors in the opening set, 12 in all, and the American won 12 consecutive points on her serve in one stretch.

Earlier on Saturday, Sharapova easily handled the big serve of number six seed Karolina Pliskova and overwhelmed her 6-2, 6-1. The Russian has won two of her five Grand Slam titles at Roland Garros and is now into the fourth round for the 12th time in 14 appearances at the clay-court major.

Elsewhere on the women's side, world number one Simona Halep came through a tight first set against Germany's Andrea Petkovic, who wore a bandage around her knee. Halep, twice a beaten finalist at Roland Garros, including last year, demolished her with a bagel in the second to advance 7-5, 6-0. 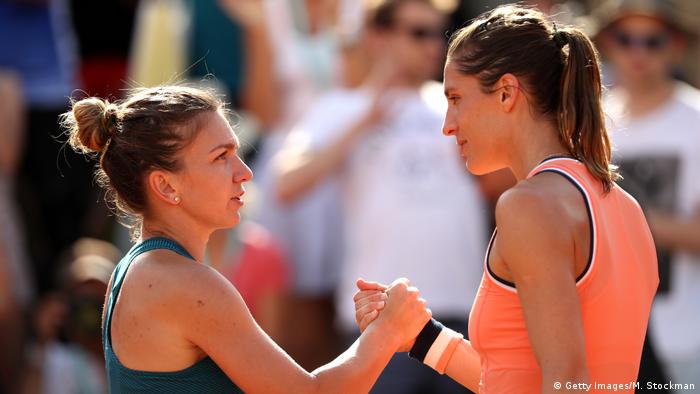 Simona Halep beat Germany's Andrea Petkovic, who was hampered by a knee injury.

Sloane Stephens also earned a spot in the fourth round, the fifth time in her seven visits to Roland Garros. The 10th-seeded American beat Camila Giorgi of Italy 4-6, 6-1, 8-6.

Defending champion Rafael Nadal has advanced to the fourth round with a 6-3, 6-2, 6-2 win against Richard Gasquet, to win his 16th match without reply against the Frenchman.

The 27th-seeded Gasquet trailed 5-0 in the first set before winning the next three games and moving 30-0 ahead on Nadal's serve. It was only a brief rally though, as Nadal responded in clinical style. 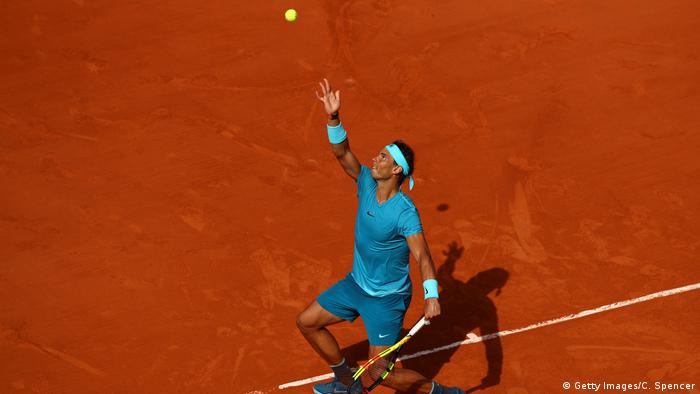 Nadal was in fine form again as he attempts to win an 11th French Open title.

He streaked ahead 4-0 in the second set and did the same in the third before Gasquet finally held serve after a long fifth game. After earning applause from Nadal following a superb cushioned drop shot at the net, he ended that game with an ace.

Nadal clinched victory on his first match point when Gasquet chopped a backhand long. He has now failed to even take a set off Nadal in 11 straight matches.

The top-ranked Spaniard is chasing a record-extending 11th title at Roland Garros. He next faces unseeded German Maximilian Marterer in their first career meeting. The 22-year-old Marterer impressively swept aside Estonia's Jürgen Zopp 6-2, 6-1, 6-4, reaching the fourth round of a major for the first time in his career.

End of the road for Zverev

Mischa Zverev couldn't keep up with younger brother Alexander at the French Open, ending their bid to become the first siblings in 27 years to reach the fourth round at the same Grand Slam tournament. 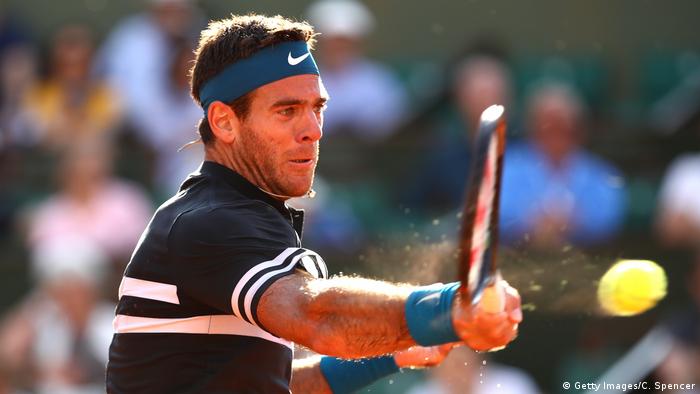 Juan Martin del Potro has made the second week at Roland Garros for the first time since 2012.

The Zverevs could have been just the third pair of brothers to reach the round of 16 at the same major in the 50-year Open era. Gene and Sandy Mayer did it at Wimbledon in 1979, and Emilio and Javier Sanchez followed suit at the 1991 US Open.

Marin Cilic also moved into the fourth round at a Grand Slam tournament for the 20th time, eliminating American Steve Johnson 6-3, 6-2, 6-4. Cilic won all 14 of his service games, broke Johnson four times, and built a 35-14 edge in total winners.