Unseeded Jelena Ostapenko has reached the final of the French Open following a close-fought victory against Timea Bacsinszky. She will now face Simona Halep, who powered past Karolina Pliskova. 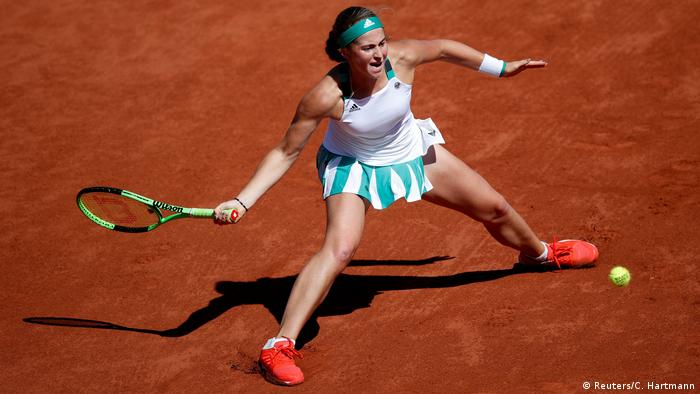 Jelena Ostapenko booked her place in the French Open women's final with a 7-6 (7-4), 3-6, 6-3 win over Timea Bacsinszky in Thursday's first semifinal.

Following six breaks of serve, the first set went down to a tiebreak. Ostapenko unleashed several winners and was rewarded for having taken all the risks by winning the tiebreak 7-4.

Bacsinszky had to break for treatment during that first set after injuring her knee. But the number 30 seed started the second set in determined mood, breaking serve in the first game.

Read: What now for Novak Djokovic after shock quarterfinal loss?

Ostapenko continued to take the game to Bacsinszky. However, her attacking style resulted in several winners and unforced errors in equal measure. With the second set delicately poised, Ostapenko seemed to lose focus and a number of spurned opportunities let her opponent back in.

The third and final set started in similar fashion, with the first three games going against serve. But Ostapenko regained her nerve to win the final three games in a row and clinch the match. On her 20th birthday, Ostapenko became the first Latvian to reach a final in the grand slam era.

"I am really happy. I love to play here, I love you guys, you're amazing. I'm just happy with the way I celebrated my birthday!" said Ostapenko as the crowd sang 'happy birthday.' 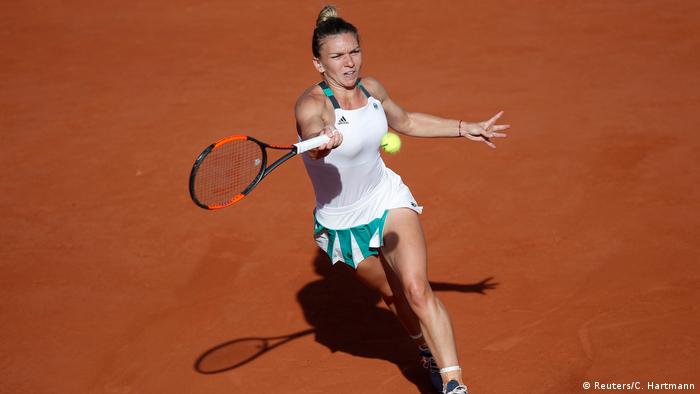 Her opponent in the final will be number three seed Simona Halep of Romania. In an entralling late game, she overcame Karolina Pliskova of the Czech Republic 6-4, 3-6, 6-3.

Halep broke early in the first set and held her nerve on serve. Pliskova though made too many unforced errors in the opening stages. The number two seed recovered in the second set however. Facing potential defeat, she fended off three break points on her way to clinching a 6-3 win to level the tie.

But the mistakes returned to haunt her in the final set. Halep was able to take advantage and ran out a deserved winner in the end.