French police are facing the possibility that a serial killer has been stalking victims just outside Paris. Four people reportedly have been murdered with the same weapon in the past five months. 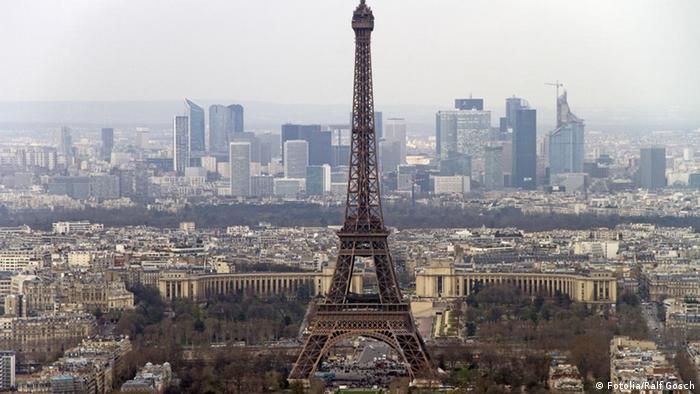 French officials fear they may have a serial killer on their hands in the outskirts of Paris.

The same weapon has been used to murder four apparently innocent victims since November, forcing police to question whether it is a serial killer who is stalking the housing estates in the suburbs of the French capital.

“This series is worthy of all our attention, and we have put all our means at our disposal behind it," Interior Minister Claude Gueant told Europe 1 radio.

In each of the four shootings, a lone gunman used the same 7.65 mm calibre semi-automatic pistol, prosecutors said.

The latest murder was committed on Thursday, when a 47-year-old mother of Algerian origin was shot in the foyer of her apartment block in the working-class housing estate in the Grande-Borne district of Grigny, south of Paris.

The killer fled on a motorbike after shooting her in the head.

A widow who worked at Orly Airport and lived with her 18-year-old son, Thursday's victim died in hospital after being shot at close range with the small-calibre weapon.

"Everyone is in shock," said one of her neighbors. "She didn't feel threatened. She's a normal person, simple, no history."

"It was a pistol, a semi-automatic pistol," said Marie-Suzanne Le Queau, public prosecutor in Evry, a commune in the southern suburbs of Paris. "This element alone is not enough to affirm at this stage that it is all part of the same affair."

There were obvious similarities in the way the latest three killings were carried out in February, March and April, but no clear link to the first killing in November, she added.

The first victim was a 35-year-old laboratory assistant who was also shot dead in her building in Grigny on November 27.

A man who said he was her ex-boyfriend turned himself in, was arrested and charged, but has since withdrawn his confession.

On February 22, one of the first victim's neighbours, a 52-year-old man, was shot dead in his building's car park.

Then, on March 19, an 81-year-old man was killed by a shot to the head with a weapon of the same calibre in the entrance to a similar block of flats in Grigny's neighbouring suburb of Ris-Orangis.

Gueant noted the man arrested in connection with the first killing was in jail during the latest attack.

Police in France are on high alert following last month's killing spree by self-proclaimed al Qaeda gunman Mohammed Merah. Merah kills three soldiers, three Jewish children and a trainee rabbi before being killed himself in a shootout with police at his apartment.