Franky Zapata flew at speeds of up to 190 kilometers per hour during his successful crossing on the state-of-the-art hoverboard. He "really enjoyed" the last leg of the 35-kilometer voyage across the English Channel. "For the last five to six kilometers, I just really enjoyed it," Zapata said when he arrived in England.

Zapata had failed his first attempt in July. At the time, his hoverboard hit part of a boat-mounted landing platform, effectively knocking him over into the water.

On Sunday, however, Zapata made the 35-kilometer (21.5 mile) crossing from the French seaside town of Sangatte to St. Margaret's Bay in Dover, England in less than half an hour. 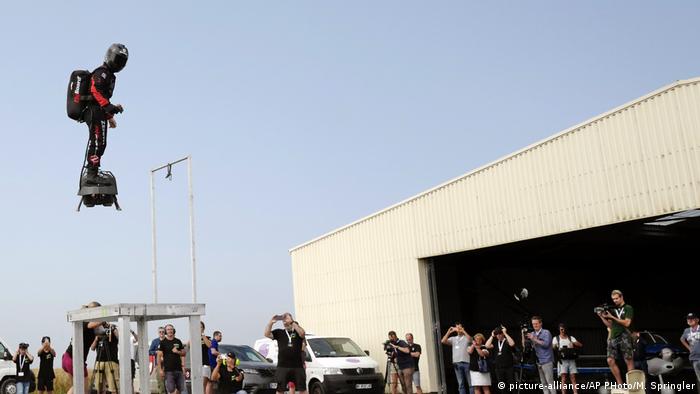 The French inventor propelled himself across the channel at speeds of up to 190 kilometers per hour (118 miles per hour). Despite safety concerns from French authorities, he successfully landed in just over 20 minutes.

"Whether this is a historic event or not, I'm not the one to decide that, time will tell," Zapata said. "We made a machine three years ago and now we've crossed the Channel, it's crazy."

Zapata made waves in July when he hovered over Paris' Place de la Concorde carrying a rifle during France's Bastille Day celebrations.

French President Emmanuel Macron has said the defense ministry is looking at ways to integrate Zapata's invention into the country's armed forces. 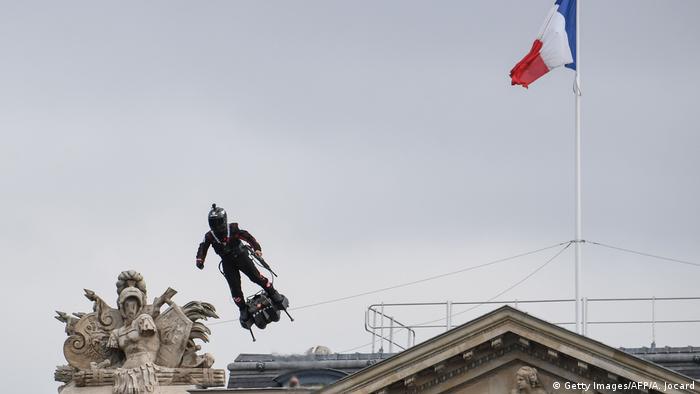