A case seeking the legalization same-sex marriage in France has arrived at the Constitutional Court, and gay rights advocates are optimistic that France could become the next European country to allow gay marriage. 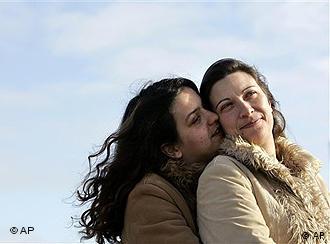 A lesbian brought on the case in Champagne

As the battle between gay rights activists and opponents rages across the world, France may be set to become the latest country to legalize same-sex marriage.

The French Constitutional Court was ordered on Tuesday to decide if the law banning marriage for same-sex couples is compatible with the country's constitution. Gay rights campaigners in the country say this means gay marriage could be legalized as early as next year.

The case began with a lesbian couple living in Champagne that wanted to get married and thought it was unfair that they are not allowed to under French law. 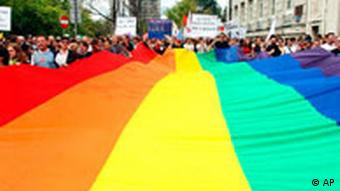 This summer a court in the Champagne city of Reims said the Court of Cassation - roughly equivalent to a supreme court - should decide the issue.

That court has referred the case to the Constitutional Court to rule on the matter, noting that same-sex marriage "is today the subject of a broad debate within society, notably because of the evolution of morals and the recognition of same-sex marriages by the laws of several foreign countries."

France 'lagging behind' on human rights

This court has the power to over-turn legislation, and Emmanuel Ludo, the lawyer representing the Champagne couple, said he is confident it will do so. He said refusing the right to marry to same-sex couples amounts to the denial of an individual freedom.

"France is lagging behind certain European countries and certain other countries in the world - notably in Latin America," Ludo told RTL radio. "France is a country that respects human rights and yet we are lagging behind when it comes to gay marriage. It is high time we caught up." 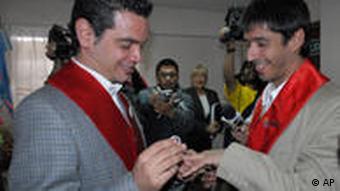 Laurence Weber, president of an association called Execo, or Equal, said overturning the gay marriage ban would put an end to a form of discrimination.

"This would allow us, first of all, to abolish the sexuality hierarchy and to put an end to the idea that heterosexuality is superior," Weber said. "That's the principle of the thing. But legalizing gay marriage would also make life a lot easier for many gay couples on a practical level."

Sophie Aslawhere is one of the two mothers who are demanding the legalization of same-sex marriage. She has been living with her partner for 15 years and the two of them have been bringing up four children together.

Aslawhere said allowing her and her partner to marry would give their relationship the status it currently lacks in other people's eyes. 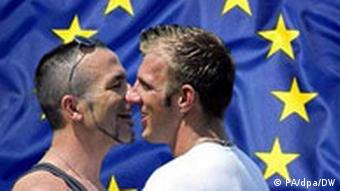 "Our children are fed up of being treated as though they are on the margins of society," she said. "For example a few years ago when they held elections at our children's school for a new parents' organization, they didn't accept my partner's vote. That marginalizes our children and that shouldn't happen."

Many other European countries, including France, have some form of registered partnerships for same-sex couples that offer some or all of the legal rights of marriage.

The Constitutional Court has three months to make its decision.

In Britain, eight couples – gay and straight – are campaigning to have both civil partnerships and marriage open for both straight and same-sex couples. They say they’re willing to go to the highest European court. (11.11.2010)

Germany's gay foreign minister, Guido Westerwelle, has formalized his relationship with his partner. Though Germany does not recognize gay marriage, same-sex couples can enter "registered partnerships." (18.09.2010)