Army Sergeant Bowe Bergdahl has arrived in San Antonio, Texas, where he will complete his convalescence. The Taliban recently freed the US soldier after five years in captivity as part of a prisoner swap. 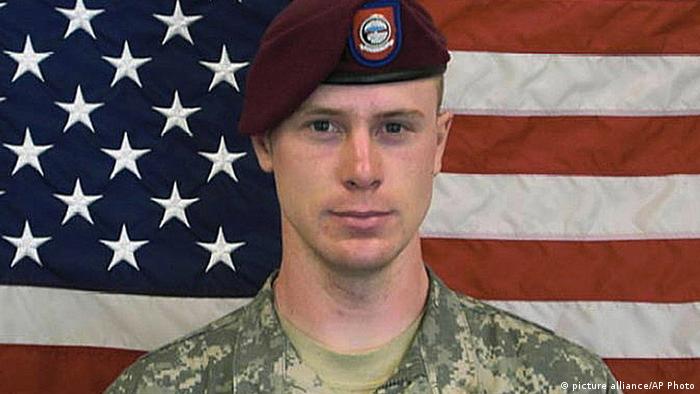 Bowe Bergdahl, the US prisoner of war released by the Taliban in Afghanistan roughly two weeks ago, arrived at an Army medical center in San Antonio early on Friday morning (local time), according to the Pentagon. The exact time of his arrival in the US state of Texas was not given.

A Pentagon spokesperson, Navy Rear Admiral John Kirby, said in a statement that Bergdahl would "continue the next phase of his reintegration process" at Brooke Army Medical Ceneter in San Antonio.

"Our focus remains on his health and well-being," Kirby added.

The US army sergeant was released on May 31 as part of a prisoner swap deal brokered by Qatar. In exchange, the US freed five Taliban members from the US detention facility in Guantanamo Bay.

Bergdahl had been treated after his release at Landstuhl military hospital, located near the western Germany city of Kaiserslautern.

The medical facility works in conjunction with the US Air Force base, Ramstein. The US' largest military medical facility outside its borders, Landstuhl is a typical first port of call for injured troops returning from Afghanistan, or Iraq prior to the US' withdrawal.

Bergdahl is yet to make public comments since his release and Pentagon officials said they were not setting him a timetable.

The prisoner swap has sparked controversy within the US, where some have questioned the circumstances of Bergdahl's capture by the Taliban. The timeline of the deal also prompted criticism from US lawmakers over the Obama administration's failure to give Congress the requisite 30 days notice.