Frank Überall: 'Publishers have to secure trust in local journalism'

Frank Überall is the chairman of Germany's biggest journalist organization. The head of the German Journalists' Association shares his thoughts and insights on local journalism during the corona crisis and fake news. 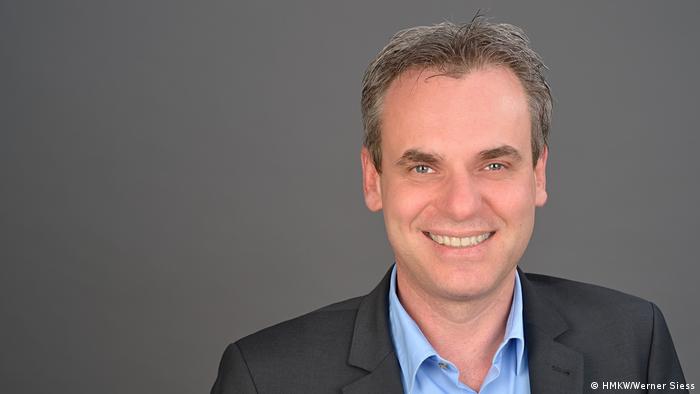 DW: Local journalism remains relevant to the public - even more so in times of populism and fake news. How can local journalists promote social cohesion during this time?

FÜ: Local journalism has a crucial role to play in providing comprehensive information about what is happening in a particular region, and it does so by means of reporting first-hand on the scene. Trained journalists who know their region well explore topics from all angles and present different points of view on every issue. Doing just this is the most effective tool to combat fake news. By presenting at least two sides of a coin, local journalists can counter accusations of bias or partiality.

The Corona crisis has hit the news industry hard, which had been facing economic hardship already. At the same time, however, there is greater demand for content created by local journalists than there has been for a very long time. If you look at click counts and digital subscriptions, there's actually a tremendous surge in demand. How can this trend be sustained?

Users are beginning to notice during the corona crisis what they are getting out of journalistic media. Newspapers along with their online platforms can best sustain this newfound public confidence if they also sustain, if not expand, their journalistic services. This is where publishers come in; they must regard journalists' salaries as sound investment to secure the future of their newspapers.

The greatest asset in journalism, including local journalism, is credibility. But to remain credible, news organizations have to maintain high quality standards, especially when it comes to investigative work and hiring competent staff. This, in turn, comes at a certain cost — both in terms of business expenses and time. How could the "turbo-digitization" process that a lot of media organizations have been witnessing help to secure the future financial means for ensuring quality local journalism?

It is part of a publisher's responsibility to secure the financing of local journalism in the long term. The corona-crisis has demonstrated already that many people are willing to pay extra money for journalism. This is where we need to continue. In addition to that, we also need to focus on developing formats that encourage dialogue, such as videos and podcasts. Editorial departments must be careful not to lose touch with their audiences here. And this will only work if publishers agree to provide the necessary funding.

Prof. Dr. Frank Überall has been federal chairman of the German Journalists' Association (Deutscher Journalisten-Verband) since 2015. A political scientist, journalist and author, Überall is a member of PEN, and holds a teaching position at the University of Applied Sciences for Media, Communication and Management (HMKW) in Cologne.

Deutscher Journalisten-Verband represents the interests of permanently employed as well as freelance journalists from all media sectors.