Geopolitics are a constant, says "The End of History" author Francis Fukuyama. But in the long run, he still sees just one important organizing idea for citizens around the world to rally around. 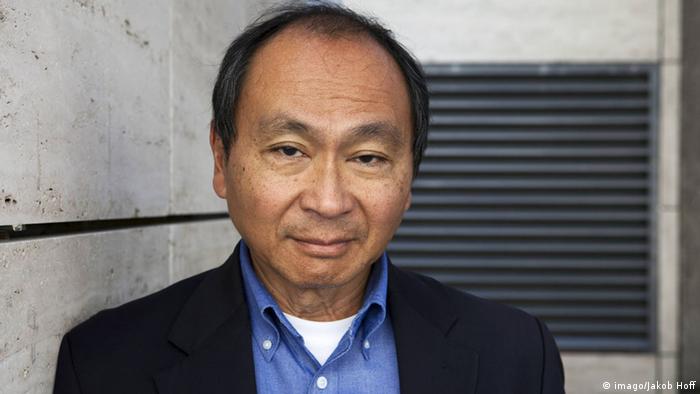 In his book, "The End of History," Francis Fukuyama argued that the success of Western liberal democracy signaled the endpoint of sociocultural evolution.

Mr. Fukuyama, in 1989 you published your famous book, "The End of History." Twenty-five years ago, there were a lot of critics saying, "This guy's wrong." Do you feel you were misunderstood, or at this point would you concede, "OK, I was wrong?"

I think the biggest problems have been with the misunderstanding. The concept of the end of history was the question: Where does the direction of history point? Does it point towards communism, which was the view of many intellectuals prior to that point? Or does it point towards liberal democracy? Which I think, in that respect, I'm still right.

History, in the philosophical sense, is really the development, or the evolution - or the modernization - of institutions, and the question is: In the world's most developed societies, what type [of institutions] are they? I think it's pretty clear that any society that wants to be modern still needs to have a combination of democratic political institutions in a market economy. And I don't think that China, or Russia, or any of the competitors out there really undermine that point.

You mention China and Russia. I'd like to talk about Ukraine. Where do you see us now, historically?

Well, I think that Russia did not develop into a real liberal democracy, and it's got territorial ambitions, so geopolitics has not disappeared. But in the end, I think the Russian system is a very weak one. It's completely dependent on high energy prices. Even within Russia, I think it's not fully accepted as a legitimate form of government. So I don't think it's a real competitor.

When you watch Russian President Vladimir Putin on TV and you see how he's behaving, is he a good example of your thesis that recognition is an important driver of history?

I think that in many ways it is, because I think he - and many other Russians - are drawing from a well of resentment that Russia was not recognized, that it was regarded as weak, that it was disregarded, that its interests were not respected by Western countries during NATO's enlargement and the things that went on in the 90s and 2000s. So I do think recognition, for him, is an issue.

Should Western politicians, whether American or European, give him acknowledgement, recognition?

Well, I think it's too late. A lot of those problems were based on decisions that were made back in the 1990s, and you certainly can't undo them now. I do think you've got to treat Russia as a serious country with its own national interests. It may not be the same as ours, but it does need to begin with respect.

Events in Ukraine looked like the beginning of a second Cold War, but at the moment there are signs of concessions from both sides. Would you say the Cold War is called off for now?

The Cold War was such a different phenomenon. The Cold War was a global struggle, and it was a struggle over ideas and over very different kinds of political systems. This is really a struggle, you know, to restore the dignity of Russians, and really doesn't have implications outside of the areas of the former Soviet Union. So in that respect, it's really not anything like the Cold War itself.

When it comes to functioning systems, functioning governments, what's your view on your own country, the US?

I argue in a forthcoming book that the American political system has decayed in many ways, because it's been heavily captured by many powerful interest groups. A lot of the checks and balances that we take pride in have actually resulted in what I call a vetocracy, meaning that too many groups can veto decisions. As a result, Congress has been paralyzed - a big problem for us, I think.

Do you see US democratic institutions in decay? What would that mean for the US as a whole? Is it a superpower in retreat?

No, I don't think so at all, because the American economy is actually extremely healthy and probably the healthiest of any of the major democratic economies. Shale gas, Silicon Valley - there are many sources of growth and innovation. I just think the political system isn't doing well. But American society is always a bit more private sector than public sector.

So coming back to "The End of History," what's your prediction for the next ten or twenty years?

I think we're in for a rough period of time, with both Russia and China expanding. But I do think that it's a limited phenomenon - that in the long run, there's really only one important organizing idea out there: the idea of democracy in a market economy. So in the long run, I'm still optimistic.

Francis Fukuyama is an American political scientist and economist and best known for his book "The End of History and the Last Man," published 25 years ago.

In addition to Russia, China could have been invited to the D-Day commemorations in Normandy, writes DW columnist Frank Sieren. (06.06.2014)

The United States will continue to send warships to the Black Sea to bolster its allies in the area, Secretary of Defense Chuck Hagel has said in Romania. Hagel also justified the Taliban-Bergdahl exchange. (05.06.2014)