President Francois Hollande's Socialists have won the second round of French parliamentary voting. It means the party should be able to push through an agenda of raising taxes and promoting growth. 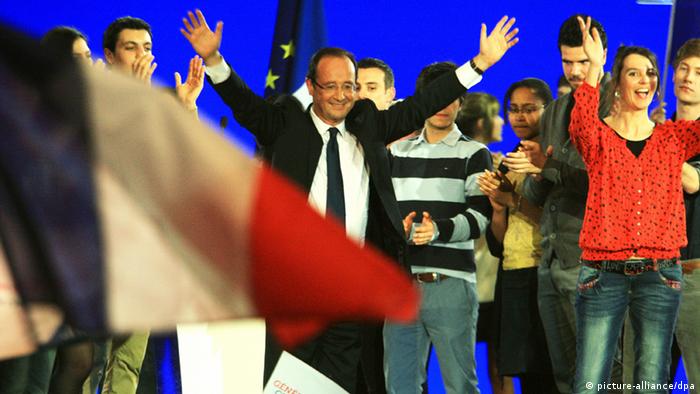 The Socialists obtained around 314 seats - an absolute majority in the 577 seat National Assembly - in Sunday's poll. They will not need to rely on the Greens or the far left to form a government, results released by the interior ministry showed.

"This new, solid and large majority will allow us now to pass laws for change, and gives us great responsibilities in France and in Europe," Foreign Minister Laurent Fabius said on the television channel France 2.

However, Hollande's Prime Minister Jean-Marc Ayrault said the party had a tough job ahead of it. "The task before us is immense," he said, as results came in. "Nothing will be easy."

Hollande, who edged out right-wing former president Nicolas Sarkozy in the May presidential election, urged French voters in recent weeks to give him the members of parliament he needed to obtain a parliamentary majority. He has said he hopes to bring France through the eurozone crisis, to help lower unemployment and to jumpstart economic growth.

Sarkozy's UMP was the biggest loser, suffering a loss of around 100 seats to bring them to around 229. The Socialist allied Greens took 17 and the far-left Left Front took 10.

It was not all good news for the Socialists, with former presidential candidate Segolene Royal losing her campaign to win a parliamentary seat.

Royal, President Hollande's former partner and the mother of his children, had hoped to use the position to become the parliamentary speaker. However, her campaign was dealt a blow last week when Hollande's current partner, Valerie Trierweiler, expressed support for her opponent, dissident socialist Olivier Falorni.

The French center-left party has voted to join the left-wing coalition under firebrand Jean-Luc Melenchon. They are seeking to curb Macron's presidential powers.