Cement giant Lafarge is to be investigated in France, facing charges of crimes against humanity and financing terrorists via its Syrian subsidiary. The company says it will appeal the charges. 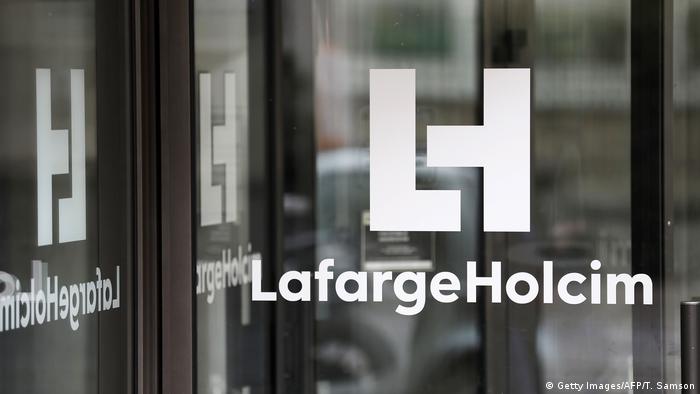 French magistrates decided on Thursday to put cement giant Lafarge — now a part of the Franco-Swiss LafargeHolcim group — under formal investigation for complicity in crimes against humanity in the Syrian conflict.

Three judges in Paris ordered Lafarge to put up over €30 million ($35 million) as a security deposit ahead of the trial.

Lafarge's subsidiary Lafarge Cement Syria (LCS) is alleged to have paid armed groups, including the "Islamic State" (IS), through middlemen to keep a factory open in war-torn Syria.

It has also been charged with endangering the lives of former employees at the cement plant in Jalabiya, northern Syria.

Lafarge is to appeal the charges, which are the most serious against any French company in many years.

One of the plaintiffs in the case, the French rights group Sherpa, said it was the first time that a parent company anywhere in the world had been charged with complicity in crimes against humanity.

Sherpa is a Paris-based association that was set up in 2001 to protect and defend victims of economic crimes.

Lafarge is alleged to have paid nearly €13 million to IS and other militant groups to keep the Jalabiya plant running, long after other French companies had pulled out of Syria. 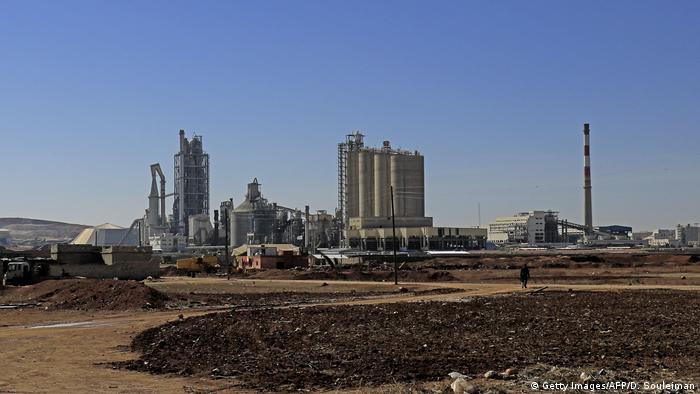 Ex-CEO Bruno Laffont and eight former executives have already been charged with financing a terrorist group and/or endangering the lives of others over Lafarge's activities in Syria between 2011 and 2015.

According to investigators, the payments made by LCS were considered a "tax" in exchange for which militants allowed free movement of the company's staff and goods inside the warzone.

Some of the cash was also used to buy petrol and other raw materials, including petrol from suppliers close to IS. One source close to the investigation said that investigators also suspect Lafarge sold cement to IS.

Lafarge, which merged with Holcim in 2015, said it would take legal action to get the charges dropped, and insisted that the company as a whole was not responsible.

"We deeply regret what happened in our Syrian subsidiary and as soon as we were informed, we immediately took firm measures," said Beat Hess, the head of LafargeHolcim. He added that, "None of the people charged is part of the company today."

The Sherpa rights group praised the decision to charge the company, and said it was "a decisive step in the fight against the impunity of multinationals operating in armed conflict zones"

"The activities of Lafarge in Syria, in a context where extremely violent crimes had been committed — even right outside the factory — are a perfect illustration of how multinationals can feed conflicts," said  European Center for Constitutional and Human Rights (ECCHR) legal director Miriam Saage-Maass.

"That the courts are finally recognizing the scope and seriousness of these allegations is absolutely historic."

Several companies have faced allegations of complicity in crimes against humanity before, though usually the cases have been dropped.

Twelve Nigerians took Anglo-Dutch energy giant Shell to court in the US over allegations of torture and other human rights abuses in the Niger delta in the 1990s. However the US Supreme Court blocked the case in 2013.

In 2007, France's top administrative court said it did not have the legal authority to rule on whether state railway operator SNCF could be held responsible for the deportation of Jews during World War II.

The world's largest maker of building materials, LafargeHolcim, admitted it was engaged in "unacceptable" practices at one of its now closed plants in Syria. The announcement came after a thorough internal probe. (02.03.2017)