France: Letting It All Hang Out in Cap D'Agde's Nudist Resort

In Cap D'Agde in southwestern France, people can take a holiday with a difference where it's not so much what you wear that's important, but what you don't wear. The region is home to the world's largest naturist resort. 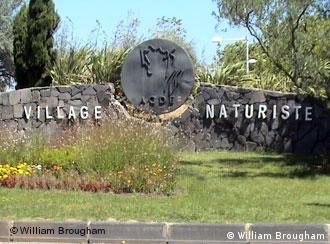 Well, it exists in Cap D'Agde in the Languedoc region of southwestern France, about an hour's drive from Montpellier. Up to 40,000 people come to the world's largest naturist resort every year.

"It's an easy way of life," says Alexander, a representative based in Cap D'Agde from one of Germany's largest naturist travel agencies Naturism.de. He says there's a good reason why so many people want to holiday naked.

"You don't have to put any clothes on," Alexander says. "When I wake up in the morning, I can go to the beach naked, have a swim and then take my shower. It's great."

There's something for everyone

The resort originally became popular in the 1960s and 70s. Cap D'Agde bills itself as a naturist city, when in fact it is more of a large naked village with shops, restaurants and much more, as well as two kilometers of sandy beach.

Visitors come from all over the world, such as Bill from New Zealand. For him, one of the main reasons for traveling to Cap D'Agde is the lack of a naturist lifestyle at home, as well as cold winters.

"Well it's an escape really," Bill says. "I can come here and not only am I getting the warmth, but also the cultural difference and the whole way of life."

Tourists can stroll the boardwalk in Cap D'Agde in the buff

All types of naturists come here on holiday -- from young families and retired couples to gay men and lesbians. But a number of people live permanently all year round in the resort, like Mick and his wife Pat from England. He says one reason they moved here is because life here is much easier than back home.

"It's the complete freedom thing here," Mick says. "It's the fact that you can go shopping in the nude or you can wander into the post office. You can do everything. You could spend a complete fortnight here and not get dressed at all."

Staff have to keep their clothes on

Among the holiday makers and residents are also the staff who work here. Patrick has run a café in Cap D'Agde for over a decade. He says he has no problem having naked customers and that the atmosphere is great.

"You work with the sun and with people on holidays, and it gives you lots of pleasure, at least to me," Patrick says.

But Patrick and his staff can't share their customers' joy in eating in the buff, due to health regulations.

"Also for safety reasons, because if you grill or deep-fry fries, you can have hot oil spraying out, so you have to wear clothes," Patrick says.

The swingers come out at night 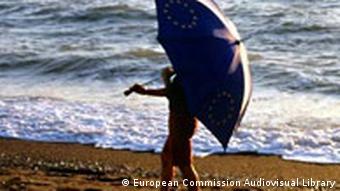 Watch out for the sun!

Despite the free lifestyle in Cap D'Agde, there are a few rules that naturists abide by. Peter, a representative from Britain's largest naturist travel agency Peng Travel, says photographing is a very delicate situation, for example.

At nighttime, as the beaches empty of sun worshippers and families go to sleep, the town becomes a haven for hedonism with everything from gay bars to swingers clubs. In fact, the town has a controversial reputation for attracting swinging couples. But as Mick says, if anything it adds color to the resort.

"Naturism is very nice, walking around naked and this sort of thing," Mick says. "But the sex side of it, where you've got the swingers and all the fetish wear in the evening -- it adds a bit of excitement to it. I think that's the fun side of Cap D'Agde, which you don't get in other naturist resorts."

According to Bill, Cap D'Agde as a holiday destination is the sort of place people either love or hate.

"I just say to people: come and try it," Bill says. "If you don't like it, you don't have to come back. But if you fall in love with it like I have, well, you'll just keep coming back time and time again."

INF-FNI is the umbrella organization for national naturist groups and aims to improve the perception of the movement, despite cultural and geographical differences

"You could spend a complete fortnight here and not get dressed at all." Download Inside Europe's report.