France left flat after Portugal spoil the party in Paris

France missed out on the chance to do more than just win a football game. After weeks of bringing the country together as hosts of the European Championship, Les Bleus couldn’t finish off the fairytale. 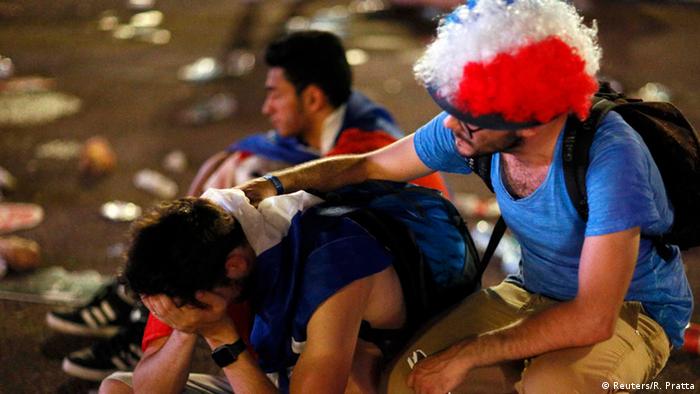 They were queuing in the Paris sun hours before the fan zone gates even opened. A city, famous for its lack of affection when it comes to football, suddenly felt like the energy source of France's football support. Yet, instead of restoring their faith, football sapped it all away in one broken evening as France's romantic ending proved elusive.

Football has many faults, but on this night in this place it felt like it was doing the good which sport was always meant to. The people of France, covered in the red, white and blue were cheering, dancing and signing together in a way they've not felt has been possible in recent months.

Having won over the majority of the country in recent performances, it was heartbreaking to see a nation so in need of victory - having survived terror attacks, massive labor strikes and political unrest - ultimately fall short. The French crowd gesticulated even more wildly than in every day life, as tens of thousands of arms shot up in dispute or appeared on heads in disbelief for every missed opportunity.

If there was pressure on the team before the game, it went up a notch when Cristiano Ronaldo went off injured. "Surely we can't lose now?" came the silent thought from the majority of the 90 thousand fans. To their credit, when Ronaldo eventually departed, the Paris crowd applauded in his honor. Only the most heartless could not be moved by a man crying as he realized he could not continue, and not even the French wanted a final without Ronaldo.

But that's what they got. A gritty, half-chance ridden final - it was not a game to win over a skeptical Parisian looking to get into football. It was exactly the game the Portuguese wanted and suddenly France looked like Germany in the semifinals - putting in every effort and still coming up short. 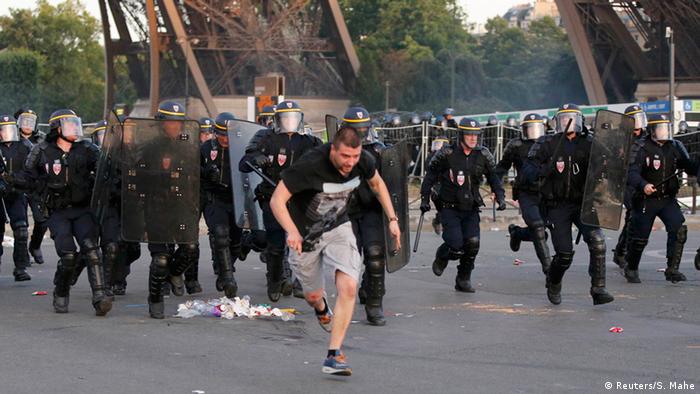 A country on edge

Black smoke, the result of rioters denied access to the fan zone, drifted across the Eiffel Tower throughout the first half. It was to be an ominous sign, sadly in more than one way. The fan zone was full but there were still plenty wanting to get a taste of the atmosphere. What ensued was unsavory and proved an unwelcome reminder of Marseille and Lille. On an evening when France failed on the pitch, it was a cruel twist of fate to see it end poorly off it too.

The agony of the Paris crowd was both audible and visible throughout, not even their hero Antoine Griezmann, the tournament's top goalscorer, could further cement his newfound hero status.

The final ended up personifying what has at times been a lackluster tournament in terms of the quality of football. Proceedings came full circle when Eder's moment of brilliance decided the game – just like Dimitri Payet did on the opening night at the Stade de France.

Pockets of Portuguese fans bounced around wildly amongst a sea of stunned French fans. Cries of disbelief, frustrated shuffles, shouts of anger followed. This was supposed to be their time, their tournament.

The margins in football are just as fine as in life, and while this defeat is not the story the headlines wanted, it is the fairytale Portugal have long sought. After heartbreak at home in 2004, Portugal finally found a gameplan that worked. While it hasn't suffered from the terror that France has in the last 12 months, Portugal is also a beautiful country blighted by social and economic issues. This win also means a great deal to them.

So there was to be no magical finish for France. While victory here wouldn't have stopped strikes or solved alarming unemployment rates, it would have boosted a French soul in need of some joy.

As the fan zone swiftly emptied, not even the French colors on the Eiffel Tower could prevent the feeling that a nation that came together in the name of football had gone home deflated rather than elated.

As it happened: Portugal win Euro 2016

Portugal are European champions for the first time! Follow DW.com's live blog as it happened at the Stade de France in Paris. (10.07.2016)

Eder's winning goal in the 109th minute secured Portugal's first-ever European Championship crown. They succeeded without Cristiano Ronaldo who limped off after 25 minutes of the final. (10.07.2016)