France joins neighbors in sell-off of swine flu vaccine | Europe | News and current affairs from around the continent | DW | 04.01.2010

France has added its name to a growing list of nations selling off excess doses of swine flu vaccine. Governments are eager to cut deals as the virus appears to have reached its peak in western Europe. 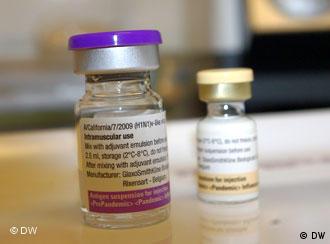 Countries are looking to sell vaccine doses they do not need

France has joined other European countries in selling swine flu vaccines that it does not need.

The French government announced on Sunday that it had bought far more of the vaccine than required.

Along with neighbors, including Germany and the Netherlands, France has experienced less demand than expected for the flu inoculations.

The French health ministry spent 869 million euros ($1.25 billion) to buy 94 million doses for a population of 63.6 million. According to the ministry, Qatar had already bought 300,000 doses, and Egypt was negotiating to buy two million. Stocks could also be sold to Ukraine and Mexico. 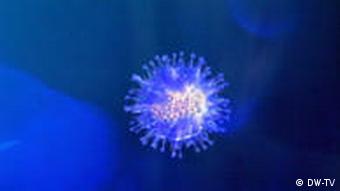 The virus appears to have reached its peak in western Europe

Only one dose needed

The French government took the decision after European medical authorities said that most people would need only one dose, rather than two, to gain immunity. Only about five million people in France have been vaccinated since October, when the mass-immunization program began.

"We started with a plan for two-dose vaccinations, but since one dose is sufficient, we can start to resell part of the stock," said a French health ministry official.

Vaccine producer Sanofi Pasteur said it would be "willing to examine" the contract that it had with the French government if the vaccine was no longer needed in the same amounts. The company has delivered half of the 28 million vaccines that were ordered by Paris, with the remainder due in the next few months.

Last month Germany said that it wanted to sell vaccines, even though the full order of 50 million doses is not due for delivery until March. It had received requests from Afghanistan and central European countries. When Germany's first stocks of the vaccine arrived in November, patients had to be turned away from doctors' offices and clinics due to a lack in supply.

The Netherlands announced in November that it would sell 19 million of the 34 million doses that it ordered. In Britain, a health ministry spokesman told the press agency AFP on Sunday that sales of the vaccine were also being considered.

The World Health Organization said last month the virus - H1N1 - appeared to be peaking in much of western Europe.

Six weeks after Germany began vaccinating against swine flu, only about five percent of the population has gotten the shots. The government might now donate or sell some of the vaccine. (08.12.2009)