Infamous criminal Gilbert Chikli was named the ringleader of a scheme to steal money from powerful individuals by posing as French Foreign Minister Jean-Yves Le Drian. He called his conviction a "scandal." 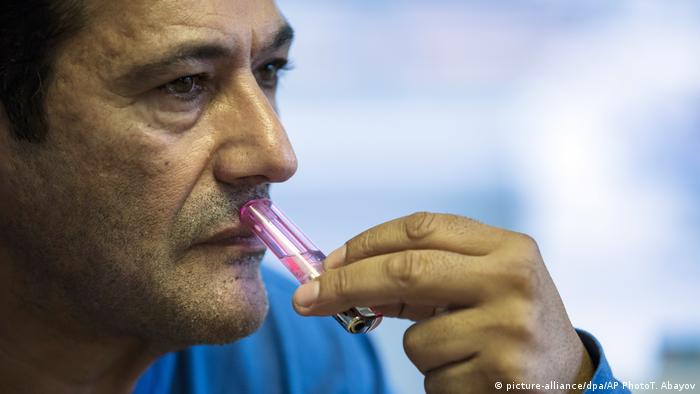 A Paris court sentenced a French and an Israeli citizen to lengthy jail terms on Wednesday after the duo was found guilty of running an unusual money making scam. The pair led a scheme in which they impersonated France's Foreign Minister Jean-Yves Le Drian and swindled money from the rich and powerful.

Gilbert Chikli, 54, was sentenced to 11 years in prison and will have to pay a €2 million ($2.3 million) fine. He shouted "it's a scandal!" from the dock as his sentence was read out. His accomplice Anthony Lasarevitsch, 35, was given a 7-year sentence and ordered to pay €1 million ($1.1 million).

Both men had denied the charges of fraud and usurping the identity of Le Drian. Other suspects in the scam were sentenced to lesser charges and given jail terms ranging from a 15-month suspended sentence to five years behind bars. A fifth defendant was found not guilty.

Chiki discovered on the run with Prince Albert mask

From 2015 to 2016, members of the group would don dark suits, sit behind an official-looking desk, and wear silicone masks of Le Drian, who at the time was defense minister. They would then appear on video conferences they had arranged with wealthy individuals, and say they needed investment for top-level government projects. 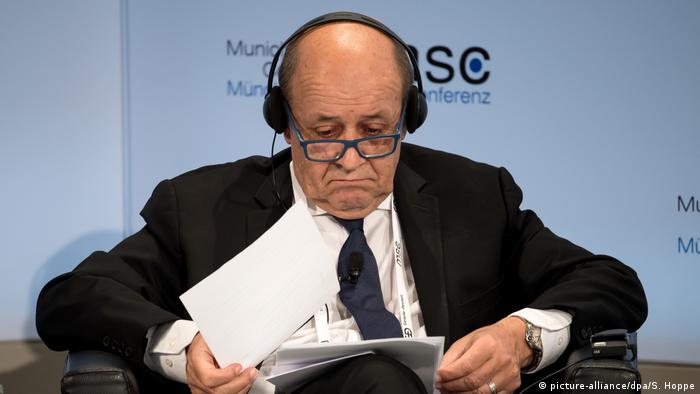 They targeted foreign governments, charities and aid organizations, and CEOs. Amongst their victims were the Aga Khan, the spiritual leader of Ismaili Muslims, and Turkish businessman Inan Kirac. The Turkish billionaire wired $47 million (€42 million) to the fraudsters, after they tricked him into thinking he was paying the ransom of journalists held hostage in Syria.

Chikli went on the run in 2015 after being charged with carrying out separate financial hoaxes in 2005 and 2006. He was handed a 7-year jail term in absentia. In 2017, both him and Lasarevitsch were discovered in Ukraine. The two had  a mask of Prince Albert II of Monaco in their possession, leading authorities to believe that they were hatching a new scheme.

The 54-year-old Chikli is a well-known con-artist with a long history of clashes with the French law enforcement. In 2010, he brazenly called his crimes a "game" in a TV interview, and his crimes are the basis for the 2015 film Je Compte sur Vous ("Thank you for calling").

Black panther stolen from zoo after rooftop rescue in France

A black panther that was rescued last week after being spotted prowling the rooftops of a town in the north of France has been stolen from the zoo. The owner is still at large. (24.09.2019)

French rooster in court for crowing too loudly

Meet Maurice, the rooster whose early morning crowing has divided French opinion. His fans, including a chicken called Pompadour and a rooster called Jean-Rene, showed their support outside the court as his trial began. (05.07.2019)

Jewel thief Redoine Faid has been found in his hometown after a nationwide manhunt. Earlier this year two armed accomplices busted him out of jail into a waiting helicopter. (03.10.2018)