Radical writer and TV celebrity Eric Zemmour has declared he will run for president in next year's French election. He's already disrupted electoral calculations and spooked the country’s political right. 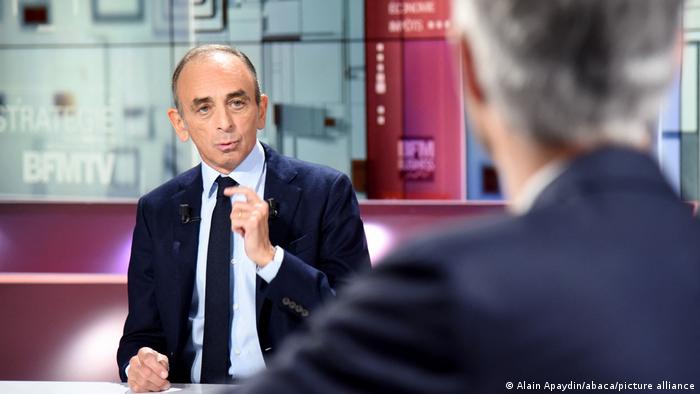 The emergence of Eric Zemmour, a familiar face on French television, has thrown the French presidential race wide open

Until a few months ago, France's next presidential election was largely expected to be a predictable duel between President Emmanuel Macron and the leader of the far-right National Rally (Rassemblement National), Marine Le Pen.

That was until Eric Zemmour, a far-right French commentator and TV celebrity, burst onto the political scene and sparked a media frenzy with inflammatory views on Islam, immigration and feminism, which he blames for the supposed decline of France.

The 63-year-old declared his candidacy in a YouTube video this week. A number of surveys showed his popularity rising — he briefly was the best-placed candidate to topple President Macron, though his momentum seems to have fizzled in recent weeks. But experts say he has certainly upended political calculations ahead of the election in April.

"Zemmour is creating a rupture in the French presidential race," Philippe Corcuff, a political scientist at the Institute of Political Studies in Lyon, told DW. "He appears more respectable and less on the right than Marine Le Pen whereas objectively he's actually much more right of her with his racist and xenophobic discourse." 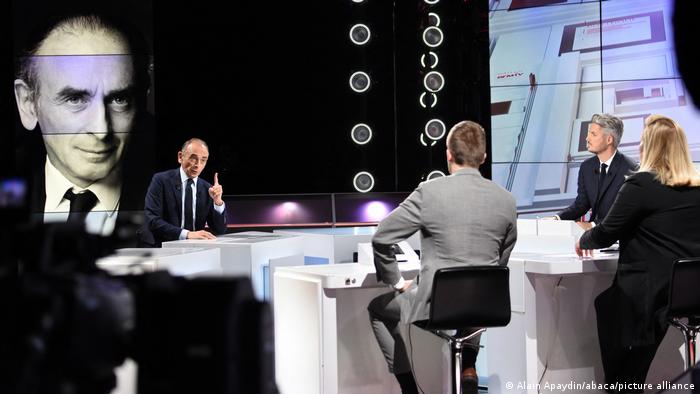 Zemmour has received relentless media coverage, which is why some analysts say it's difficult to gauge his actual popularity

The paradox is explained by the fact that for years, Zemmour has been a well-known figure in France's media and in intellectual circles, making him look like a respectable figure from the traditional right.

A long-time journalist for France's conservative newspaper, Le Figaro, Zemmour is also a best-selling author and was until recently a prime-time commentator on a Fox-style news network. He's been attracting huge crowds at campaign-like events across France as he promotes his latest book.

But, he remains notorious for his polarizing views. He has called for a ban on "foreign" first names such as Mohammed, he has denounced LGBT "propaganda," he's railed against the immigration of Muslim Africans, and he has said Islam doesn't share France's core values.

Zemmour, who is of Jewish and Algerian descent, is also accused of trying to rehabilitate France's wartime Vichy regime, which collaborated with the Nazis. He has twice been sanctioned for inciting racial hatred.

"There's relentless coverage of Zemmour in the media. He is on television every day. And even if he isn't, he's being debated," Jean-Yves Camus, director of the Observatory of Radical Politics at the Jean-Jaures foundation in Paris told DW. "He sets the agenda and the others on the right are just left responding to issues that he has raised."

Though surveys show that Zemmour's appeal cuts across the political right, he poses a particular challenge to Le Pen, who is plummeting in the polls.

In recent years, Le Pen has tried to rebrand and soften her party's image to broaden its appeal and has abandoned some of the far-right's more extreme positions popular under her father, Jean-Marie Le Pen. It has left her vulnerable to Zemmour, who is now outflanking her on the right with his hard-line views on Islam's place in France, immigration and national identity. 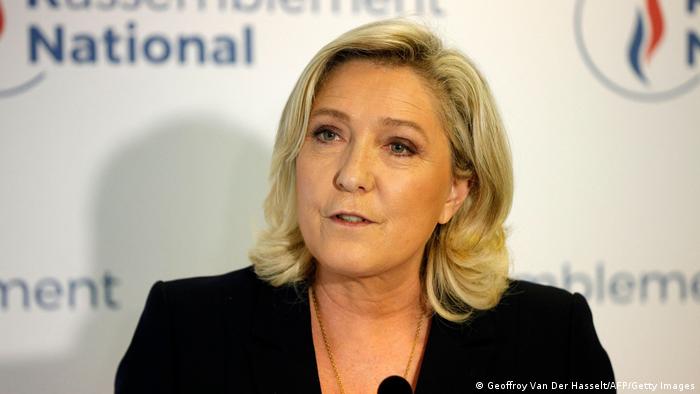 Marine Le Pen, who has toned down her party's radical image, is struggling in the polls

"The rank and file of the National Rally may be more radical on those issues. For them, Marine le Pen is too soft, too mainstream, not radical enough and, most importantly, she's standing for the third time," said Camus, an expert on the far-right.

"There's a certain fatigue. Some have been waiting for years for their party to come to power and they know from the opinion polls that Marine le Pen will not be elected."

A race to the right

Zemmour has also rattled France's traditional center-right party, Les Republicains (The Republicans), which was last in power, albeit under a different name, in 2012 under President Nicolas Sarkozy. The party is yet to elect a candidate for the presidential race in April.

According to Philippe Corcuff, The Republicans tacked to the right under the tough-talking, law-and-order president Sarkozy, marginalizing moderate conservatives within the party. Ever since, the boundaries with the far-right on classical right-wing themes have blurred.

"The traditional right has very little resistance to the discourse of Zemmour. Politicians are competing with each other to be more right-wing and they think immigration, security and sovereignty are the most bankable issues," Corcuff said. "With that, they give more legitimacy to what Zemmour says."

The fact that Zemmour is seen as an outsider and is not a member of any political party also works to his advantage.

"French voters are completely fed up of politicians, they don't trust them," Antoine Diers, spokesman for the Association of the Friends of Eric Zemmour, a group raising funds for the potential presidential campaign, told DW.

"Zemmour is fearless. He has no taboos. He talks about how immigration is bad for France. He's the only one to say we have a problem with Islam. He asks good questions about security and a lack of justice."

Diers, who is a member of The Republicans himself, said he was hopeful that Zemmour could create a wide support base to defeat Macron.

"Zemmour resonates with people like me and other Republicans, also voters of the far-right and even people who have stopped voting," Diers said. "He is able to unite all these people more than any other politician on the right." 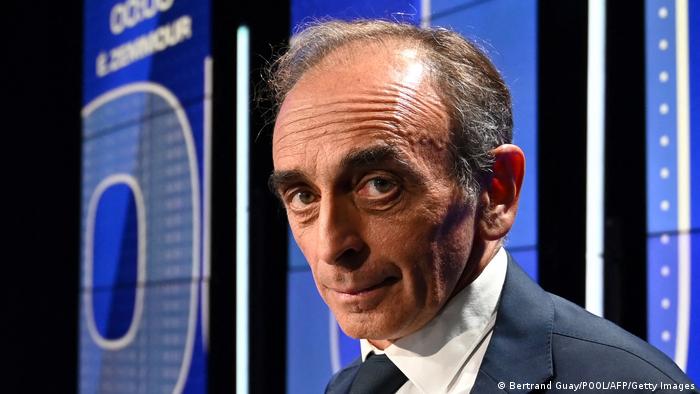 Whether Zemmour's presidential bid is successful or not, his ideas have already become mainstream on the French campaign trail.

"The spread of far-right ideas doesn't necessarily lead to the victory of a far-right candidate, but it does attract politicians from all sides, the center and even the left," Philippe Corcuff said.

During a recent televised debate for the first Republican primary in France, journalists repeatedly asked candidates about the loaded term, the "great replacement" theory, first coined by French writer Renaud Camus and propagated by Eric Zemmour.

A conspiracy theory popular among Identitarian movements in Europe, it purports that an elitist group is colluding against white French and European people to eventually replace them with non-Europeans from Africa and the Middle East, the majority of whom are Muslim.

In recent weeks, Arnaud Montebourg, an independent candidate from the left, proposed banning money transfers by Western Union to countries that refuse to take back their own nationals deported from France to fight illegal immigration. Right after, Zemmour claimed the measure initially stemmed from him.

This article has been updated on November 30 to reflect Eric Zemmour declaring his candidacy in the April 2022 French presidential elections.

Anne Hidalgo will lead the beleaguered Socialist Party of France into the presidential election scheduled for April 2022. However, polls show her chances of unseating Emmanuel Marcon are slim.