Sarkozy has received a jail sentence for spending almost double the legal limit on his unsucessful 2012 campaign. He will appeal the ruling and is unlikely to spend time in prison. 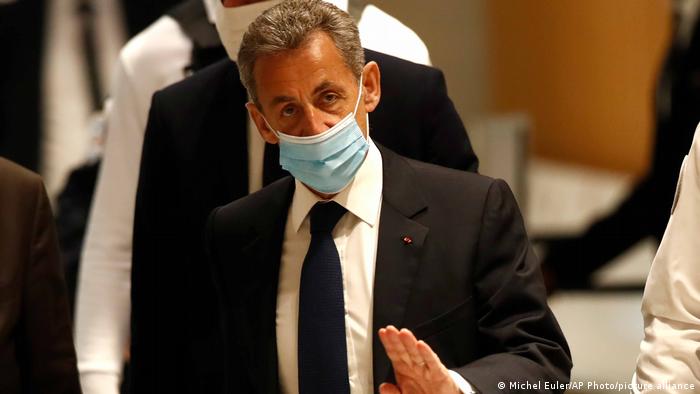 Nicolas Sarkozy during his fraud trial in March

A judge in France found ex-President Nicolas Sarkozy guilty of fraud on Thursday.

Sarkozy was accused of violating campaign finance laws during his unsuccessful bid for reelection in 2012.

He was sentenced to one year imprisonment; however, he is allowed to serve that time under house arrest with electronic surveillance.

Sarkozy did not show up to court to hear the verdict.

How significant is this verdict against Sarkozy?

What was the case against Sarkorzy?

In an attempt to ensure a level playing field for election campaigns, candidates are only allowed to spend €22.5 million ($26.1 million) on a presidential campaign.

Prosecutors said Sarkozy spent nearly €43 million, the excess of which was then disguised through a series of fictitious invoices by his then-party UMP.

The court ruled that Sarkozy "knew" the legal limit and "voluntarily" turned a blind eye to the mounting expenses.

Sarkozy had denied the charges, even after being convicted in a separate fraud case in March. In that case, he was given a three-year prison sentence for bribery and undue influence, two years of which were suspended.

Sarkozy is out of prison while he appeals that verdict — a process that could take years.

The conservative former president is also facing a third corruption charge over allegations that during his successful 2007 campaign, he illegally received €50 million in contributions from then-Libyan dictator Moammar Gadhafi that were funneled to France through an intermediary.

Sarkozy won the 2007 election with 53.1% of the vote. His charisma and eloquence ensured him initial popularity, which declined as he faced criticism over his handling of the global financial crisis and the 2011 Arab Spring uprisings.

He lost the 2012 election to Socialist candidate Francois Hollande.

He briefly returned to politics in 2014, before being defeated in the presidential primary race to represent his party, now called the Republicans, in 2016.

Prosecutors allege the former French president tried to illegally obtain information from a senior magistrate about an inquiry into his campaign finances. Sarkozy denies charges of influence peddling and corruption.