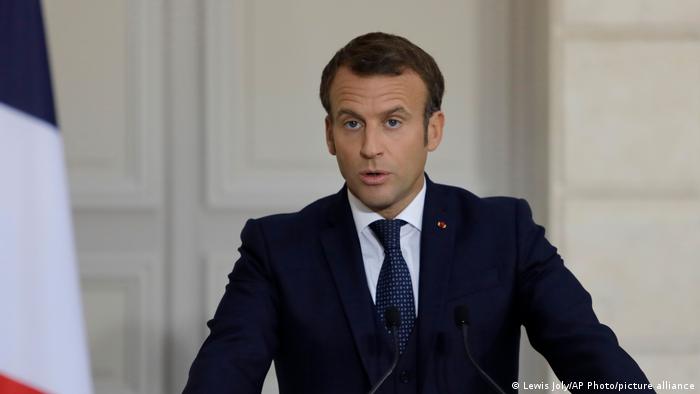 French President Emmanuel Macron promised that the law on incest would be updated.

French President Emmanuel Macron on Saturday pledged to bring in tougher laws on child sex abuse after a massive online movement where thousands of survivors shared accounts about sexual violence within their families.

"Today shame is switching sides" from victims to perpetrators, Macron said in a video posted on Twitter. "We are here. We're listening to you. We believe you. And you will never be alone again."

In a series of tweets, Macron promised sexual abuse screening and prevention meetings with every child, both in primary and secondary school, giving them a chance to talk about the issue.

He said that the state health care system would finance psychological treatment for children who are victims of sexual violence and that more needed to be done to address the problem.

"We have to adapt our laws to better protect child victims of incest and sexual violence," Macron said.

He promised to "punish criminals for their acts in the past and prevent them ever reoffending," adding that the law would be updated.

The French president's remarks came amid a national reckoning with sexual abuse of children following the recent publication of a book written by Camille Kouchner, daughter of former foreign minister and founder of NGO Medecins Sans Frontieres Bernard Kouchner.

Thousands of people shared their stories on social media over the past week under the hashtag, #Metooinceste. The flood of testimonies also unleashed a wave of accounts by men revealing long-secret memories of sexual abuse by other men under the hashtag #MeTooGay.

Duhamel resigned from his post overseeing Sciences Po, one of France's top universities, after the scandal broke out earlier this month. Neither he nor his lawyer has not commented on the accusations dating back to the 1980s.

France has already pushed back the statute of limitations for sexual crimes against minors to 30 years in 2018 and tightened controls on people working with children.

However, Macron said more needed to be done.

"No-one can ignore these experiences any longer," he said. "We have to hear and gather victims' testimonies even years, decades afterward."

Macron has directed his Justice Minister and Secretary of State for Children and the Family to hold consultations aimed at making legislative proposals as soon as possible.

The prosecution alleged Yury Dmitriyev sexually abused his adopted daughter. Campaigners have said the trial against the historian, who uncovered Stalin-era mass graves, is part of a crackdown on dissenters.

Astronomers discover nearby 'super-Earth' 2h ago