The first major European country to recognize the 1915 massacres as genocide, France has dedicated its first national day of commemoration. The French prime minister led the ceremonies. 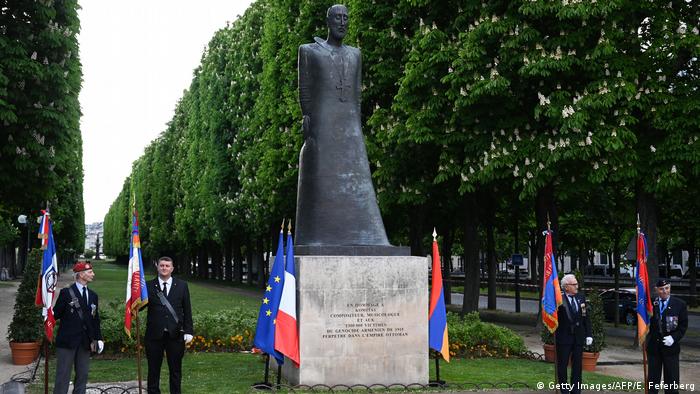 The Paris memorial to the Armenian genocide

The ceremonies organized in France on Wednesday fulfilled a pledge made by French President Emmanuel Macron during his 2017 election campaign, and confirmed to the country's large Armenian community in February. 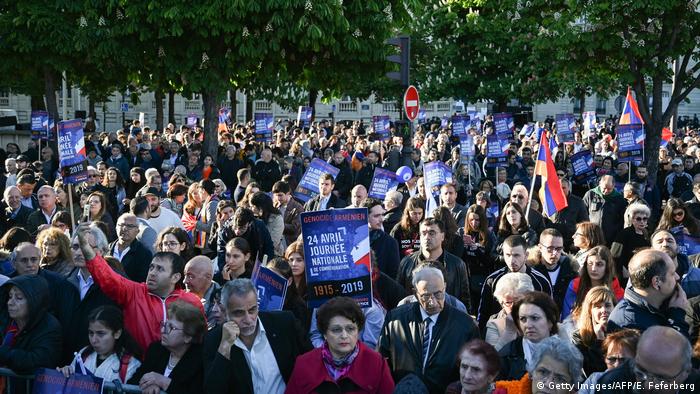 In 2001 France became the first major European country to recognize the massacres as genocide and in February, as he announced the national day of remembrance, Macron said France "knows how to look history in the face."

The 1915-1918 killings started on April 24 when thousands of Armenian intellectuals suspected of harboring nationalist sentiments and being hostile to Ottoman rule were rounded up. Memorials have been held around the world to mark the 104th anniversary. 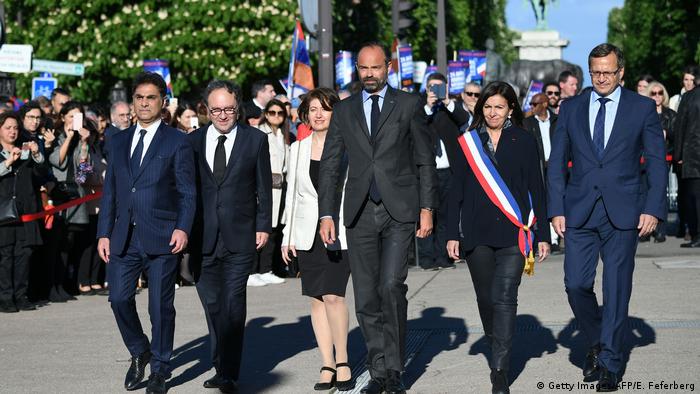 A crime against humanity

Prime Minister Edouard Philippe led the commemorations by giving a speech and laying flowers at the Monument to the Armenian Genocide erected on the northern bank of the river Seine in April 2003.

France "will not be impressed by any lies, by any pressure," Philippe said. "What we are looking for is historical accuracy and reconciliation," he said. 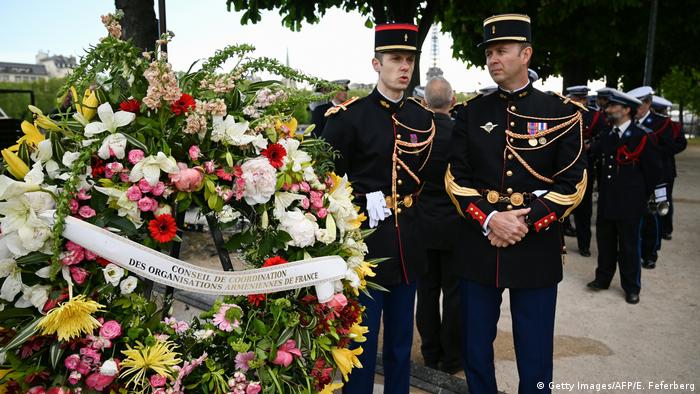 Turkey accepts that Armenians living under the Ottoman Empire died, but refutes accusations that the deaths were systematically orchestrated and constitute a genocide. Speaking on Wednesday, Turkish President Recep Tayyip Erdogan accused France of committing genocide in Rwanda and Algeria.

French MP Jacques Marilossian, a member of Macron's party, said in a TV interview: "We should find a way to tell them we are not blaming Turkey for that [the genocide]. We are blaming the Turkish government in 1915."

The US has not named the killings as a genocide. On Wednesday, President Donald Trump issued a statement saying: "Today, we ... honor the memory of those who suffered in one of the worst mass atrocities of the 20th century. Beginning in 1915, one-and-a-half million Armenians were deported, massacred, or marched to their deaths in the final years of the Ottoman Empire. On this day of remembrance, we again join the Armenian community in America and around the world in mourning the many lives lost."

France's lower house of parliament has unanimously voted to criminalize the denial of all crimes against humanity. The move comes shortly after Germany recognized the killing by Ottoman forces in Armenia as genocide. (02.07.2016)

France marks day of remembrance of the Armenian genocide