France has admitted it won't be able to fulfill a promise to its EU partners to rein in its budget deficit by 2015. But as Paris now seeks greater fiscal leniency from Brussels, Germany warns against easing austerity. 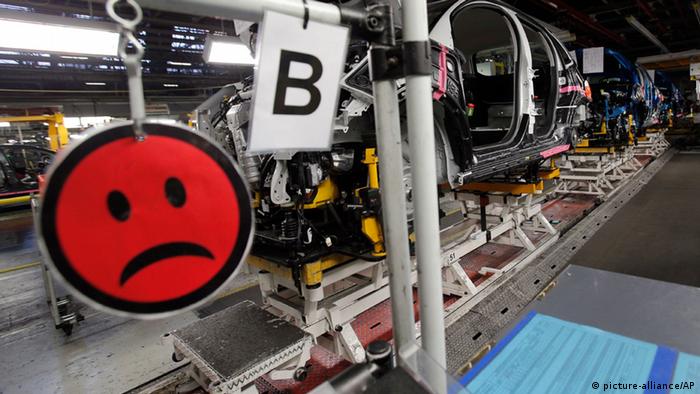 France's Finance Minister Michel Sapin said Wednesday Paris was unable to bring its budget deficit below the EU target of 3 percent of gross domestic product (GDP) next year as promised.

The French economy was stagnating, he said, thus leaving the gap between government revenues and spending as big as ever.

"We are asking that everyone takes into account the economic reality we are facing - that growth is too weak, and inflation is too low," Sapin told a new conference in Paris.

Just last year, Paris won a two-year reprieve from the EU Commission to get its public finances under control. In exchange for French President Hollande faces dilemma over economic reformsa promise to initiate social and economic reforms#, Paris was given until the end of 2015 to meet the 3 percent ceiling. However, the eurozone's second largest economy is predicted to grow only 0.4 percent this year and 1 percent next year.

Sapin said that as a result of the slow growth France's deficit would rise from 4.2 percent in 2013 to 4.4 percent this year. Next year, the shortfall was expected to come in at 4.3 percent before eventually falling to 3 percent in 2017, he added.

The French finance minister insisted that Paris wasn't seeking to change or suspend the EU's budget rules, but urged Brussels to take the deteriorating economic outlook into account.

Germany and France: An economic comparison

Germany and France - an economic comparison

Also on Wednesday, German Chancellor Angela Merkel once again rejected calls for a more flexible interpretation of EU budget regulations. Merkel said the EU Commission was right in keeping up the pressure for solid budgets and reforms.

"We know that the situation in Europe is still fragile, but pulling back from strict budget discipline represents an enormous risk to the recovery," she told parliament in Berlin, after her government introduced the first balanced German budget since 1969.

In a bizarre twist, mediating the conflict now falls to Pierre Moscovici, who is Sapin's predecessor in the French cabinet and was appointed EU Commissioner for Economic and Monetary Affairs by Commission President-elect Jean-Claude Juncker on Wednesday.