Apple Inc supplier Foxconn has agreed to manufacture a blockchain phone from startup Sirin Labs. The contract electronics maker's entry has heated up the race for a phone aimed at digital coin aficionados. 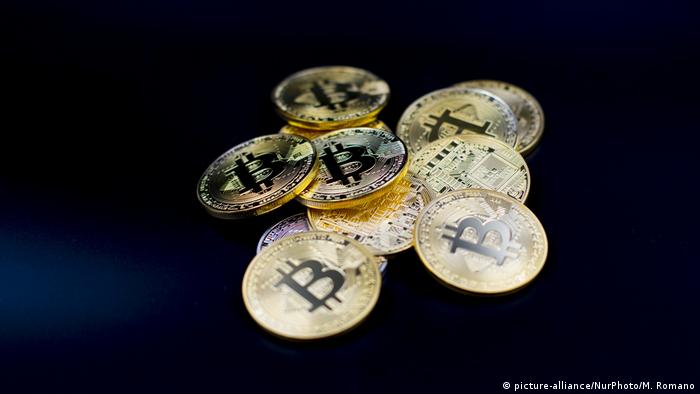 Bitcoin and other crypto-currency users may soon not need to carry their cryptocurrency-laden memory sticks to make daily purchases or memorize usernames and lengthy passwords — a smartphone would suffice.

At least three technology startups are planning to roll out as early as this year blockchain-based handsets or operating systems that will make it easier for people to securely store and use digital coins among other things.

"Interest in blockchain is driven by the multiple applications this technology lends itself to. In 2017, many companies across a wide range of industries started to understand the feasibility, sustainability, and potential deployment of blockchain, International Data Corporation (IDC research analyst Carla La Croce told DW.

Raising the stakes is Taiwan's Foxconn, the world's largest contract electronics maker and a key Apple and Amazon supplier.

Users may also trade battery power with others and get paid in tokens or earn by simply allowing a tourist to browse the internet using their phone's Wi-Fi.

"Blockchain technologies and cryptocurrencies are considered to be too complex for 99.99 percent of the population," Sirin said in a white paper, adding that Finney will help bring cryptocurrencies to the masses.

Read more: Blockchain in the energy transition: hope or hype?

And working towards a similar goal are two other startups — Hong Kong-based Zippie and Ireland-based Embedded Downloads.

The latter has already shipped some units of its blockchain-friendly phone, called Bitvault, to its military customers in Asia.

The Bitvault maker says the device, with preinstalled cryptocurrency wallets, does not store users' security keys. Users are required to create private and public keys using biometric identification every time the device is used.

While the startup has not taken any "definite decision" on shipping its phones directly to consumers, Chief Executive Hein Marais told DW that it has been approached by some mobile phone makers to license the technology and that he was open to the idea.

Discouraging Marais from taking his multi-layered encrypted smartphone to masses is what he calls a "minefield of legislation."

"Due to anti-terrorism laws, law-enforcement authorities are becoming increasingly wary of encrypted devices and want a backdoor to enter the devices," Marais said over the telephone.

"And that defeats the purpose." 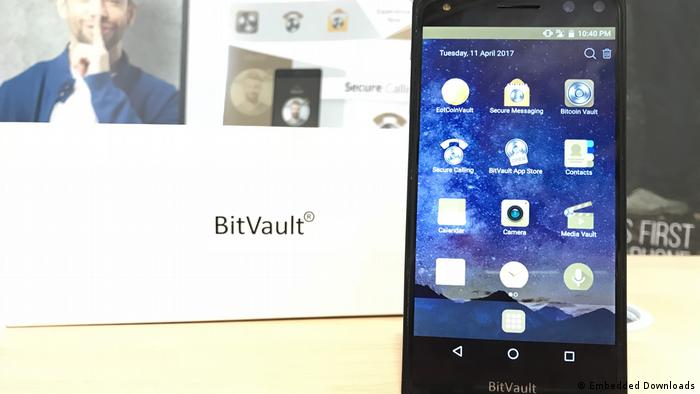 Embedded Downloads has already shipped its blockchain-enabled Bitvault phones to its military customers.

Rival Zippie has chosen a different path. It is developing a mobile platform — compatible with several Android devices.

The platform, among other things, will allow smartphone users to choose which data to share and be paid in cryptotokens for sharing their data with the big data firms.

"Companies are monetizing data but are not sharing the profits with users. With Zippie, the users will be at the center of the ecosystem," Zippie founder Antti Saarnio told DW. "They will no longer lose control over their data."

Saarnio hopes switching to Zippie and its blockchain-based services and apps would be a "seamless experience" for existing smartphone users. The platform will automate creation of cryptocurrency wallets and storage of private keys.

"This will allow users to send cryptotokens to even their grandmas," said Saarnio. "After all, I can't expect my grandmother to create a blockchain wallet." 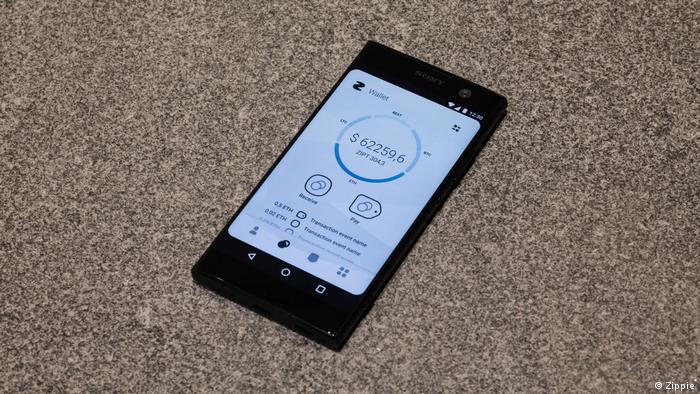 But breaking into an already overcrowded smartphone market is not going to be easy for the startups — a reason why Embedded Downloads is for now targeting only enterprise customers and Zippie has stayed away from making a handset.

But Sirin is undaunted. It aims to ship from 100,000 to a few million units this year, Bloomberg reported.

The Switzerland-based startup plans to sell the device through eight new stores, located in places with the most active cryptocommunities, such as Vietnam and Turkey, Bloomberg said.