Epic Games has announced that its flagship product Fortnite will no long be available in the Chinese market. Beijing has implemented sweeping restrictions on gaming. 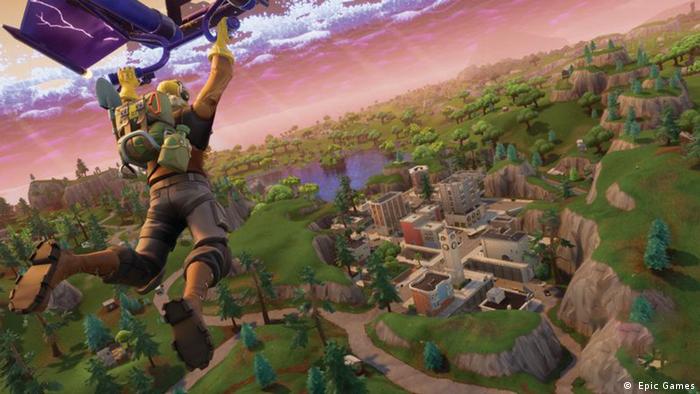 Epic Games, the US firm behind the popular Fortnite fighting video game, announced late on Monday that they were shutting the game down in China effective November 15.

Retitled 'Fortress Night' and edited to be less violent and be slightly different in appearance, the game had only been in the beta testing phase in China and was never approved by Beijing regulators.

Why is Fortnite leaving China?

The once extremely lucrative Chinese gaming market is no longer what is was following a series of government crackdowns.

Chinese leader Xi Jinping's administration is simultaneously trying to rein in an economy where speculation has run amok, as well as reduce the number of hours people spend gaming, especially young people.

To that end, users must present their official ID cards to register for games and official limits have been placed on the amount of time minors can spend on gaming platforms.

Beijing also banned the micro-transactions that take place inside the game after it has already been purchased, which is where video game firms make the bulk of their profits. The result has been devastating for tech companies active in the Chinese market, especially foreign ones.

Despite promises from Hong Kong-based Tencent, which has a major stake in Fortress Night, to clean up "politically harmful" content, regulators refused to approve the game.

"Fortnite China's Beta test has reached an end, and the servers will be closed soon," Epic Games said in a statement. "On November 15 at 11 a.m., we will turn off game servers, and players will no longer be able to log in."