The legendary team boss sustained a spinal cord injury in a car crash in 1986 that rendered him unable to walk. Founder of his own team, Williams was in F1 for over half a century. 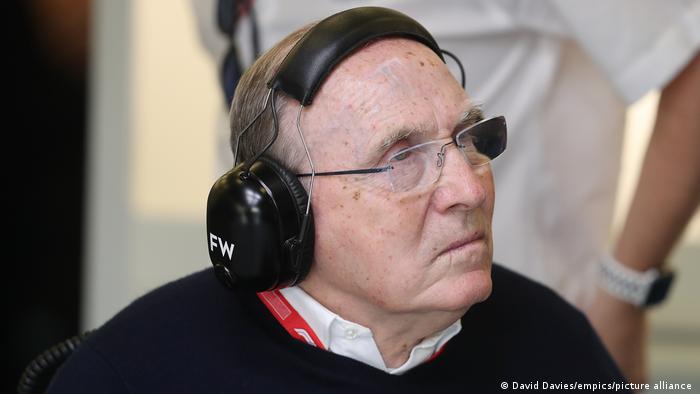 Sir Frank Williams, the founder and former team principal of the Williams Racing Formula One team, died at the age of 79 on Sunday.

"After being admitted into hospital on Friday, Sir Frank, passed away peacefully this morning surrounded by his family," Williams said in a statement.

Legend of the sport

Williams was the longest-serving team principal in F1 history.

With Williams at the helm, his team won the F1 drivers' title seven times and the constructors' championship on nine occasions.

The legendary figure and his family, including daughter Claire, who had run the team on a day-to-day basis since 2013, left the sport earlier this year after the family sold the team to investment firm Dorilton Capital.

Tributes began pouring in for Williams, who sustained a spinal cord injury in a car crash in 1986 that rendered him unable to walk.

"His was a life driven by passion for motorsport," tweeted the official Formula One account. "His legacy is immeasurable, and will be forever part of F1."

F1 President Stefano Domenicali said: "He was a true giant of our sport that overcame the most difficult of challenges in life and battled every day to win on and off the track. His incredible achievements and personality will be etched on our sport forever."

Formula One: Hamilton cuts Verstappen's lead as title goes to the wire

A five-place grid penalty cost Max Verstappen the chance to win in Qatar but the Dutchman limited the damage. Lewis Hamilton led his rival from the start and it's too close to call with two races remaning.

The Mexican driver made history at his home Grand Prix over the weekend. After staring at a possible exit from Formula One last season, Perez had made the most of his first season with Red Bull.