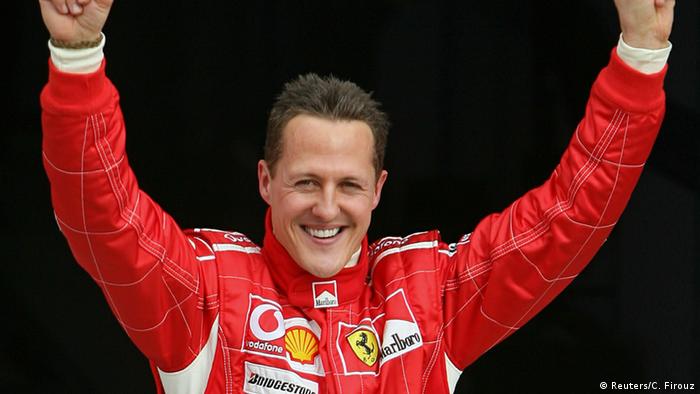 Devoid of much fanfare, a documentary film was launched on Netflix last week. It tells the story of the legendary race car driver: Michael Schumacher.

The German race-track superstar won seven world championship titles and dominated Formula One for many years — especially with his Ferrari racing team.

In 2012, he participated in his last Formula One race. A year later, he met with a bad skiing accident, suffering a traumatic brain injury from which he has still not recovered. Since then, his family and close acquaintances have been protective of him.

For all those who have almost forgotten him, this documentary brings back memories of this Formula One giant. Schumacher simply tells the story of a boy from Germany's Rhineland region who once wanted to become a great racing driver — and did. 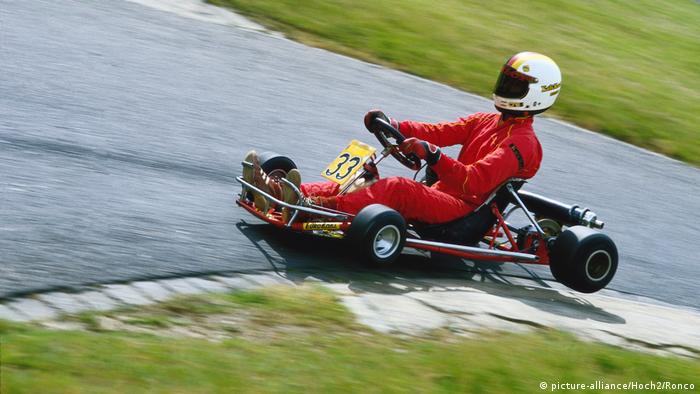 Schumacher on the go-kart track in 1988

Schumacher sat in a go-kart for the first time at age four. His father, who liked to tinker with machines, fitted it with an engine. This fascinated little Michael, who practically grew up on a go-kart track, where his parents ran a snack stand. Talent scouts soon noticed his ambitious spirit and his unmistakable driving style.

The young man never thought he would ever participate in Formula One because it usually required a lot of money. However, sponsors made it happen for him, enabling his entry into higher racing categories. 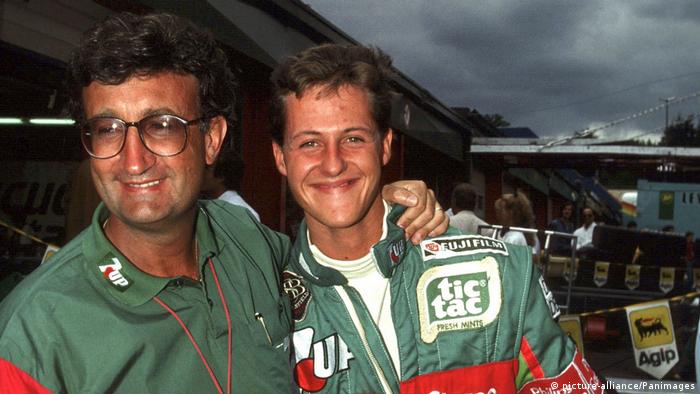 Schumacher at Spa in 1991 with Jordan team boss, Eddie Jordan

In 1991, he finally drove his first Formula One race in Spa, Belgium. He finished seventh in the qualifying rounds but dropped out of the actual race. Nevertheless, he proved his mettle, demonstrating his fearlessness in racing against greats like Ayrton Senna and Nelson Piquet.

The self-confident, young and naturally talented man amazed everyone, including established stars.

Getting tough on the racing track

Eventually, Benetton signed him on. He won his first F1 race in 1992, and his first world championship title in 1994. Ayrton Senna, who until then was hailed as racing's legend, was tragically killed in a race during the 1994 season — and Schumacher took the No. 1 spot. 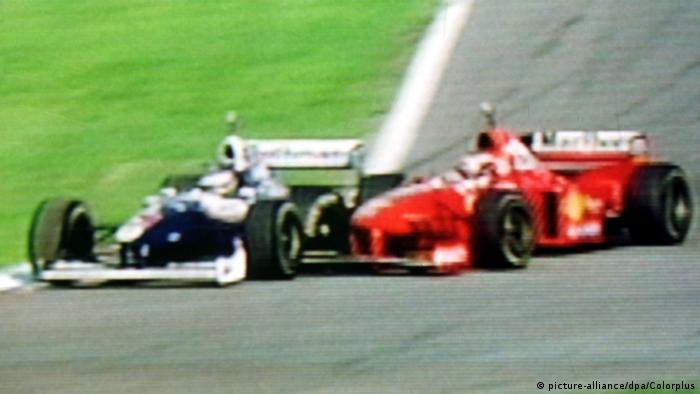 Schumacher's driving style was sensational but also dangerous, as seen here in a collision with Jaques Villeneuve

Besides tracing Schumacher's meteoric rise, the documentary also shows controversial moments: for instance, his uncompromising driving style was not without danger, even for his opponents. Setbacks are also highlighted, like Schumacher's five-year-long struggle at Ferrari to clinch the world championship for the Italian racing team, which he then won five years in a row. 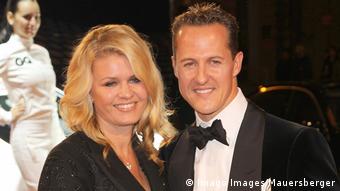 Schumacher with his wife Corinna in 2010

But the most personal stories are told by his family members: his wife Corinna, father Rolf, brother Ralf, son Mick, and daughter Gina. These are the people who have been trying to come to terms with the fact that Michael Schumacher will probably never get back on his feet since his tragic accident. He is "there," says his wife, but it's different than before. "He still shows me every day how strong he is," explains Corinna Schumacher.

Son Mick, who himself started competing in Formula One this year, would give anything for a moment when he could chat with his father about motorsport. 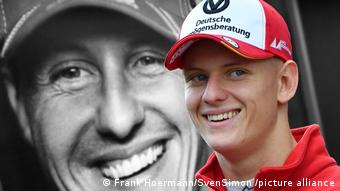 That is as much as the film reveals. The family wants to be left alone. Michael protected everyone in the past, and now his family wants to protect him, they say. Private footage and photos are shown, but everything ends with theskiing accident in Meribel, France.

The man behind the wheel 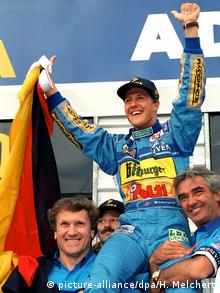 Above all, the documentary showcases a hero and one of the greatest race car drivers of all time. It boasts many iconic scenes from Schumacher's career: victories and defeats, whether in the pouring rain in Barcelona or in the bright sunshine of Monza.

Time and again, however, the focus is on Schumacher's human side. Footage of the focused sportsman behind the wheel is interspersed with scenes of an emotionally-charged man bursting into tears at a press conference, who clearly loves his wife, and whose children mean the world to him.

Twenty five years ago, Formula One driver Aryton Senna died in a tragic race accident. The Brazilian is still considered one of the best drivers of all time. DW takes a look back at his career and legacy.