In his new memoir, former US Defense Secretary Robert Gates has delivered a scathing critique of President Obama's leadership during the Afghanistan war. According to Gates, Obama "doesn't believe in his own strategy." 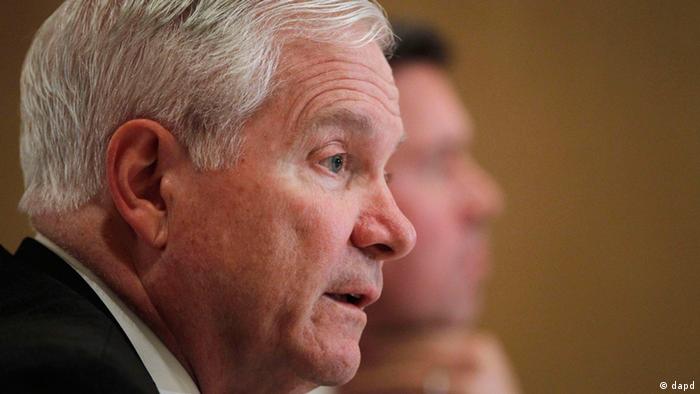 A figure who enjoys bipartisan respect in partisan Washington, Robert Gates has published a memoir of his more than four years as the US defense secretary, harshly criticizing President Obama and top White House advisors on national security issues.

In "Duty: Memoirs of a Secretary of War," Gates writes that although Obama ordered a surge of 30,000 additional troops to stabilize Afghanistan, the president came to believe that the strategy would not work. That's according to the Washington Post and New York Times, which have published reviews of the book ahead of its publication.

"As I sat there, I thought: the president doesn't trust his commander, can't stand [Afghan President] Karzai, doesn't believe in his own strategy and doesn't consider the war to be his," Gates writes about a March 2011 White House meeting. "For him, it's all about getting out."

"I never doubted Obama's support for the troops, only his support for the mission," Gates continues. But the defense secretary also calls the president "a man of personal integrity," saying later in the memoir that "Obama was right" in his decisions regarding Afghanistan.

The former defense secretary said that top White House officials, including the president and vice president, did not trust senior military officers. Gates also calls out Vice President Joe Biden, saying that he was "wrong on nearly every major foreign policy and national security issue over the past four decades."

"It is well know that the president has been committed to achieving the mission of disrupting, dismantling and defeating al Qaeda, while also ensuring that we have a clear plan for winding down the war...," National Security Council spokeswoman Caitlin Hayden said in a press release.

"The president disagrees with Secretary Gates' assessment...," Hayden continued. "Joe Biden has been one of the leading statesmen of his time and has helped advance America's leadership around the world."