Suleyman Demirel, the former Turkish president, has died in the hospital. He was prime minister seven times and became the country's 9th president, ruling from 1993 until 2000. 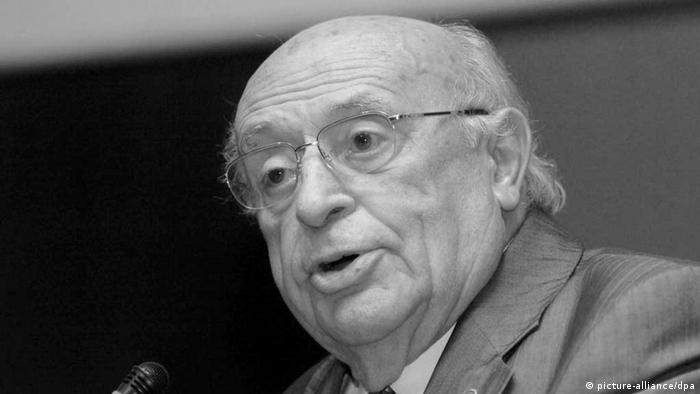 Suleyman Demirel died early Wednesday morning at a hospital in Ankara. He was 90 years old.

Guven Hospital in Ankara, Turkey’s capital, confirmed the death in a statement.

Demirel was the leader of the Justice Party (AP) from 1964 to 1980. He was prime minister seven times until 1993 when he became president and served until 2000.

A civil engineer, Demirel worked in the state department for electrical power planning in 1949 before studying in the United States. He supervised the building of dams, power plants and irrigation facilities during the 1950s.

After the 1960 coup d'état, Demirel was drafted into the Turkish Army for compulsory military service. He then returned to work as an engineer before being elected to the executive board of the Justice Party and became its chairman in 1964. A year later he became the country's youngest-ever prime minister at the age of 40 years.

He was banned from involvement in active politics for ten years following the September 1980 coup d'etat. The ban was lifted in 1987, and in 1991 Demirel became prime minister again.

After the death of President Turgut Ozal, Demirel became Turkey's ninth president in May 1993 and served a seven year term until 2000.

After he retired from politics Demirel became a regular panelist and speaker at several universities.

Three decades after a coup that traumatized Turkey the Ankara trial has has begun of two ex-generals whose regime was blamed for executions, disappearances and political repression. Their immunity was lifted last year. (04.04.2012)