Over 30 years after the slaying of a high-ranking German prosecutor, police have made an arrest. The suspect is a former member of the left-wing terror group Red Army Faction (RAF), also known as the Baader Meinhof Gang. 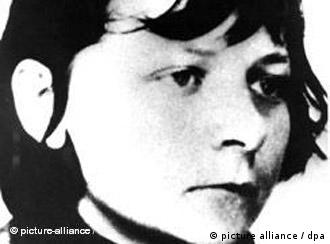 Becker has been living in Berlin under an assumed name

A former member of the left-wing militant group Red Army Faction (RAF) has been charged for her alleged role in the 1977 triple murder of a West German federal prosecutor and his two companions.

Verena Becker is accused of being an accessory to the fatal ambush on prosecutor Siegfried Buback, who was shot by motorcycle assassins while his chauffeur-driven Mercedes sat at a traffic light in the city of Karlsruhe. 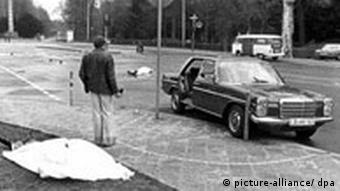 Buback was the first victim in the "German Autumn" killings

A member of the terrorist group sometimes called the Baader-Meinhof Gang by the media, Becker was arrested last August for her suspected role in the ambush. However, she was later released after prosecutors said there was "no suspicion that the accused fired the deadly shots."

The investigation was reopened based on new DNA evidence, linking Becker to a letter from the RAF sent on the day of the assassination.

Becker, now 57, was sentenced to life imprisonment in 1977 for other assassination attempts claimed by the group, but she was pardoned in 1989 by former German President Richard von Weizsaecker.

Michael Buback, the son of the murdered prosecutor, praised the new indictment.

"We want to finally know the truth," Buback told the television station 3sat. "We want to know which two people carried out the triple murder from the back of the motorcycle." 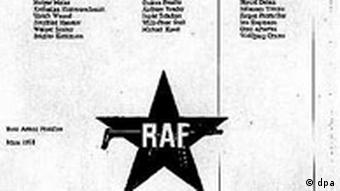 In 1998, the RAF openly disbanded via a faxed letter

Buback's slaying remains one of the most mysterious murders of the RAF's killing spree, during the bloody era which became known as the "German Autumn."

Despite lengthy inquiries, police have never identified his killer.

Born out of the radical anti-establishment student politics of the 1960s, the RAF mounted a violent campaign against what it considered was the oppressive capitalist state of West Germany.

Its members targeted the German elite and US military bases in Germany and are suspected of murdering 34 people before disolving the gang in 1998.

Former member of German leftist militant group to be released

A German court has ordered the release of Verena Becker, a former member of the Baader-Meinhof Gang who is remains accused of complicity in three murders in committed more than three decades ago. (23.12.2009)

The German interior ministry is coming under increasing pressure to release the files of former far-left Red Army Faction (RAF) terrorist Verena Becker, following revelations that she was paid as an informer. (03.09.2009)