Prosecutors in the south-western city of Stuttgart have charged three members of carmaker Porsche's finance team with credit fraud, alleging they gave false information about options held on VW during a takeover attempt. 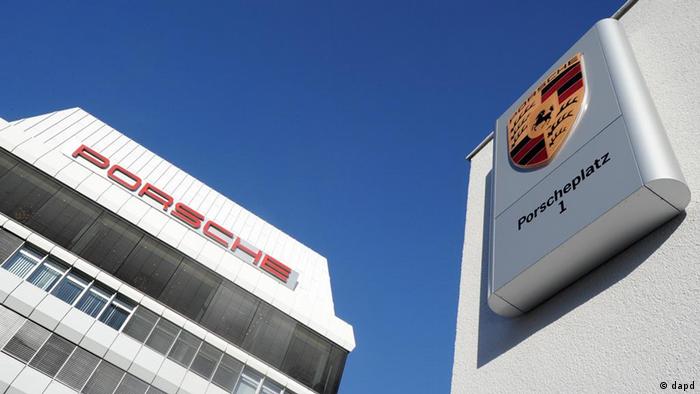 German prosecutors in the south-western city of Stuttgart, where Porsche is based, have charged three former company officials working in the finance department with credit fraud.

They allege that the three employees or former employees, who have not been named but are believed to include former finance chief Holger Härter, misinformed the carmaker's bank about options held on Volkswagen shares during a failed takeover attempt.

The three officials are accused of understating by some 1.4 billion euros ($1.8 billion) the amount Porsche would have needed, had it exercised all its options on VW shares.

Porsche denies the charges, pointing out that "we are still working with the financial institution in question," according to a company spokesman.

Härter's solicitor also dismissed the charges, saying his client was "very relaxed" about any further action. The court in Stuttgart will decide if the charges lead to trial. If convicted, the officials could get up to three years in jail.

Meanwhile, prosecutors are continuing to investigate Porsche's management for manipulation of the markets in connection with a jump in VW shares that is alleged to have been brought about by false information on the part of Porsche about the extent of its options.