Former Iranian President Akbar Hashemi Rafsanjani has died in a hospital near Tehran. He played a key role in the Islamic Revolution and headed the Expediency Council, which advises Supreme Leader Ayatollah Ali Khamenei. 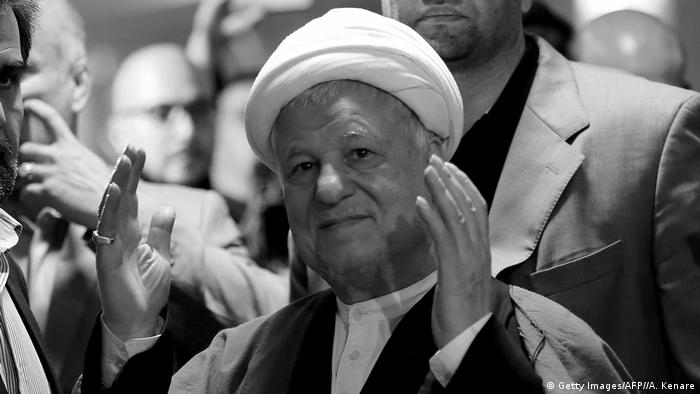 Former Iranian president Akbar Hashemi Rafsanjani died Sunday in Tehran at the age of 82, Iranian state media has reported. The influential leader, writer and longtime political stalwart had been admitted to hospital earlier in the day after suffering a heart attack. Reports said doctors performed CPR for nearly an hour and a half before declaring him dead.

"Despite the efforts of the doctors he died," Reza Soleimani, a speaker of Iran's main political arbitration body, said.

Rafsanjani played a pivotal role in the Islamic Revolution that ousted the US-backed shah and established a religious republic in 1979. He was a close aide of the republic's founder, Ayatollah Ruhollah Khomeini, and served as president from 1989 to 1997 - a period marked by reconstruction after the 1980-88 Iran-Iraq war, cautious reform and repairs to Iran's relations with its Arab neighbours. It was also a time marred by difficult relations with Europe, rampant inflation and human rights abuses.

Rafsanjani made another bid for the presidency in 2005, but ultimately lost to hardliner Mahmoud Ahmadinejad. Instead of retreating from political life after the bitter defeat, he retained a prominent position among the country's ruling elite, serving as a moderate counterweight to the ultra-hardliners clustered around Ahmadinejad. He was a vocal critic of Ahmadinejad and the crackdown that followed his disputed re-election in 2009. 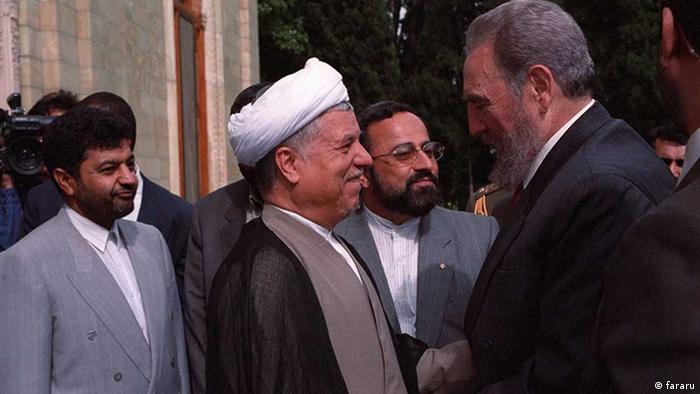 In 2013, Rafsanjani was blocked from running for the presidency because of his advanced age. He later threw his support behind the eventual winner, moderate Hassan Rouhani. He was also an important backer of the deal that Rouhani struck with world powers for sanctions to be lifted in return for restrictions on Iran's nuclear program.

Rafsanjani had headed the Expediency Council, Iran's main political arbitration body, since 1990 when he was appointed by Supreme Leader Ayatollah Ali Khamenei. In March, Rafsanjani won a seat on the clerical body that will eventually decide Khamenei's successor.

Rafsanjani was born in 1934 into a wealthy family in the village of Bahraman in southern Iran. His father was a pistachio farmer with a growing business empire that would later include construction companies, a private airline, vast real estate holdings and an auto assembly plant. In 2003, Rafsanjani was listed among Iran's "millionaire mullahs" by Forbes magazine.

He studied theology in the holy city of Qom with Khomeini, the republic's founder, and became involved in politics in 1963.

He is survived by his wife Effat Marashi, and five children.

Iran in mourning after Rafsanjani dies