Former Chinese military leader sentenced for life in corruption case | Asia| An in-depth look at news from across the continent | DW | 25.07.2016

Guo Boxiong, once head of a powerful military committee, has been sentenced for life for taking 'massive' bribes. He is the highest military figure to be jailed as part of President Xi's fervent corruption campaign. 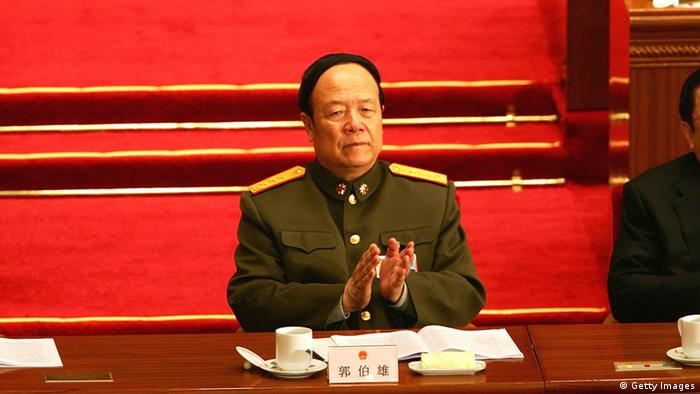 Following a closed trial, former military leader Guo Boxiong was handed a life sentence Monday according to Chinese state news agency Xinhua, making him the highest-level figure within the People's Liberation Army (PLA) to be sent to prison as part of President Xi Jinping's crackdown on corruption.

The 74-year-old Guo has also reportedly been stripped of his title of general and has had his assets seized - with those being obtained illicitly being handed over to the state.

Guo served for a decade as one of two vice chairmen of China's powerful Central Military Commission, second in rank within the PLA only to the Chinese president. He stepped down in 2012, before Xi - who also served as a vice chairman of the commission - assumed the head of the party and military.

Guo was also part of the Communist Party's 25-member Politburo.

The Communist Party expelled and was said to have prosecuted him last year. In April, he was reported to have confessed to taking bribes.

"The amount of bribes Guo Boxiong received was especially large, and the circumstances of his crimes were especially grave," one military court official was quoted by Xinhua as saying.

China's military has extensive business interests and has been seen as swarming with corruption. The Defense Ministry's site has called the fight against corruption a "life and death" struggle, with some worrying that graft was undermining the country's ability to wage war. 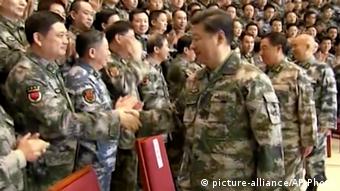 The military has been under the radar of President Xi's corruption campaign, which many believe he uses as a way to eliminate political rivals.

The trial was said to be closed because it "touched on military secrets," according to the court official.

The members of the Southeast Asian alliance have dropped a reference to the South China Sea in their joint statement. The development is a victory for Beijing, which has staunchly defended its claims to the territory. (25.07.2016)

A Chinese court has sentenced a former senior presidential aide to life in prison. The confidante to retired President Hu Jintao was found guilty of accepting bribes, illegally obtaining state secrets and abuse of power. (04.07.2016)

The Communist Party of China has assigned its members an online quiz, mandatory for members of government institutions. But everyone can take part, and DW decided to give it a go. (28.06.2016)