Deniz Naki has been given a suspended 18-month jail sentence in Turkey for criticizing the government's operations against Kurdish militants. The former St Pauli player had been acquitted by the same court in November. 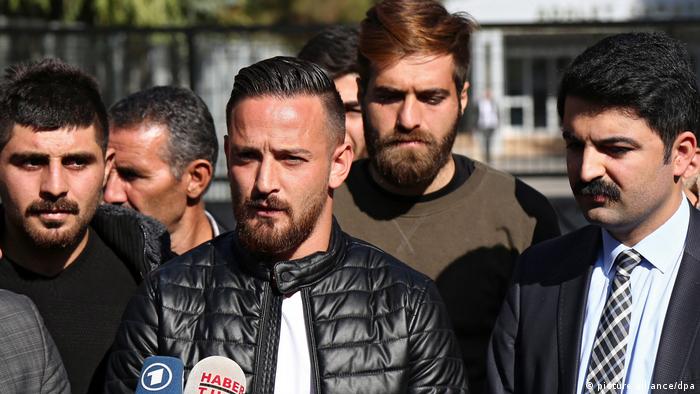 The court in the southeastern Turkish town of Diyarbakir ordered the former St Pauli and Paderborn midfielder to serve 18 months and 22 days in jail, although the sentence was suspended for five years.

Naki denied any wrongdoing. "I gave a message of peace. I said I was against the war and I have been punished for this," he said after the hearing. "I am someone in love with peace and I will always give this message. I am ready to pay the price whatever it is." 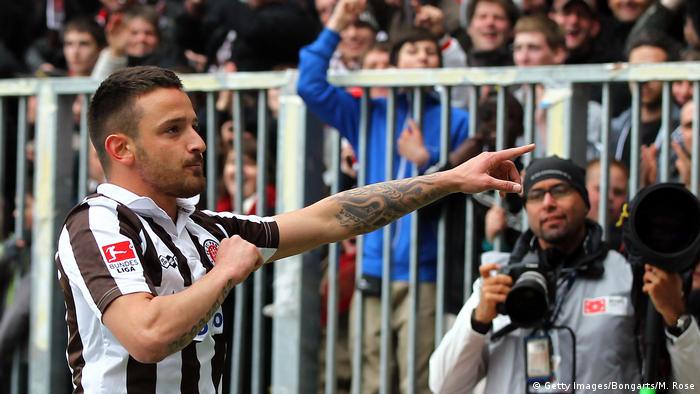 Naki had criticized the Turkish government's military operations against the country's Kurdish ethnic group. He had also posted numerous comments on social media making clear his pride for family's origins as Kurdish Alevis from the Tunceli region in eastern Turkey.

His lawyer, Soran Haldi Mizrak, called the court's decision "arbitrary" and said the footballer would appeal for the verdict to be quashed.

Naki was initially cleared by the same judge in November, but the prosecution appealed, leading to the latest ruling.

Ozcan Mutlu, a Turkish-born Green Party lawmaker in German parliament, called the reopening of Naki's trial "a farce and a shame for the Turkish judiciary."

St Pauli President Oke Göttlich took to the club's Twitter account to say: "We wish Deniz strength in his commitment for liberty, freedom and humanity. It is difficult to comprehend that the same judge could reverse his earlier decision."

From the Bundesliga to the third-tier of Turkish football

Naki's early professional career saw him represent Germany at U19 level, where he played alongside Lars and Sven Bender, two prominent figures in Germany's current national side.

After playing for St Pauli and Padeborn in the German Bundesliga and second tier, Naki moved to the Ankara-based Turkish Super Lig club Genclerbirligi in 2013. He left a year later after he was the victim of a reportedly racist attack. Fans had voiced their outrage after he tweeted his support for Kurds fighting the so-called "Islamic State" in the Kobane region.

Last year, he moved to Amed SK, a third-tier club based in the Turkish-Kurdish region of Diyarbakir, where he quickly became a cult figure among fans. 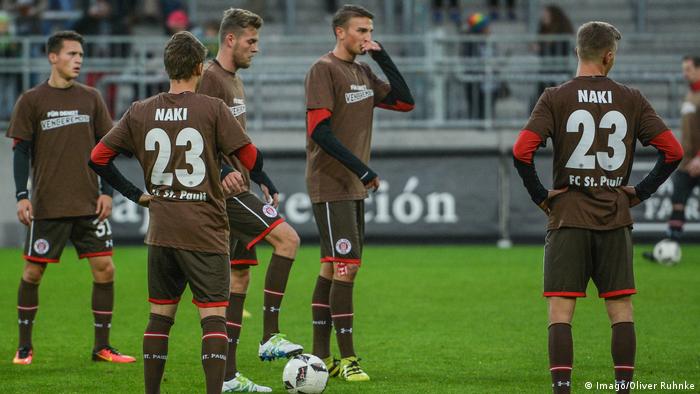 Naki is not the only footballer to have fallen foul of the Turkish authorities for his political leanings.

Turkish President Recep Tayyip Erdogan has accused Gulen of orchestrating a failed coup-attempt on the government in July and launched political purge against alleged dissidents.

Sukur has reportedly fled Turkey and is thought to be living in the US.