A former employee of a Swiss bank has been convicted on charges related to the corruption allegations surrounding world football's governing body, FIFA. This comes a day after the suspect pled guilty in a US court. 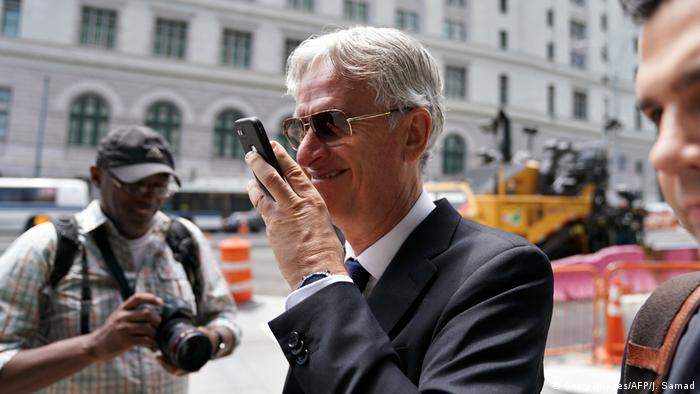 A statement released by Switzerland's Office of the Attorney General (OAG) on Friday did not name the individual convicted. However, in a New York federal court on Thursday, Argentine national Jorge Luis Arzuaga, 56, pled guilty to charges of having helped facilitate bribes to various officials, including Julio Grondona, the former president of Argentina's football association and a former vice president of FIFA.

The OAG statement said that the former employee of the Credit Suisse and Julius Baier banks would forfeit to the Swiss general treasury $650,000 (582,000 euros) in illegally obtained payments. It also praised the "efficient cooperation with the US authorities." Credit Suisse and Julius Baer had both previously acknowledged that they have been cooperating with prosecutors on the investigations.

"The summary penalty order in Switzerland is part of a process coordinated between the responsible American prosecution authority and the OAG in order to conclude proceedings at the same time. There will be no further proceedings in Switzerland concerning the offences for which the accused has already pled guilty in the USA," the statement concluded.

"By facilitating the flow of bribe money through the Swiss and American banking systems, the defendant provided a critical service to those involved in corruption in international soccer," acting US Attorney Bridget Rohde said in a statement issued after Arzuaga had entered his plea on Thursday.

US prosecutors following a vast money trail have brought charges against more than 40 football officials, marketing executives and other associates from across the globe. Following a raid in Switzerland that resulted in the first round of arrests in May 2015, they said they believed the plot involved more than $150 million tied to the awarding of broadcasting and hosting rights for the World Cup and other tournaments over a period of more than two decades.

Arzuaga has been freed on a $1.5 million bond and is to be sentenced in early January. There was no immediate reaction from FIFA to the news of his conviction.

According to the Swiss prosecutors, this was the first conviction in around 25 investigations that it, along with US authorities, has been conducting in relation to alleged corruption at FIFA.