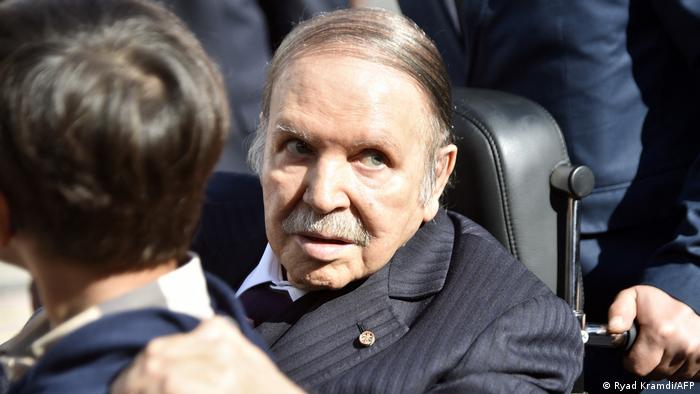 Abdelaziz Bouteflika was the longest serving head of state in Algeria

The former president of Algeria, Abdelaziz Bouteflika, has died at age 84, Algerian state TV announced late on Friday evening following a statement from the presidency.

He served as president for nearly 20 years, from 1999 until his resignation in 2019. He was the longest serving head of state in Algeria.

Of his four electoral victories, all but one was marred by fraud and widespread irregularities.

In 2013, Bouteflika suffered a stroke and was rarely seen in public — prompting speculation about the state of his health for years.

Bouteflika stepped down in 2019 under pressure from the army and protesters who rejected his plan for a fifth presidential term.

"I have decided to make substantial amendments in the government formation as soon as possible. Such amendments will be an appropriate response to the demands that have come from you," Bouteflika said in announcing his decision not to run at the time.

After nearly 20 years in office, scandals involving corruption around oil and gas and infrastructure deals consumed his inner circle. Many of his closest associates remain in prison. 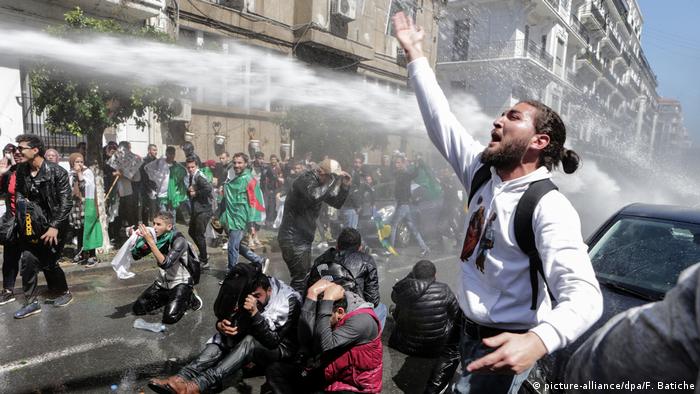 Born in 1937 to Algerian parents in Morocco, Bouteflika never finished high school. He gained praise for his diplomatic and rhetorical skills.

Bouteflika was a veteran of Algeria's war of independence who became the country's youngest minister at age 25 upon independence from colonial power France.

Starting out in the Sports Ministry, he was quickly promoted to foreign minister — and held the post for 16 years.

Bouteflika helped settle and unite his nation ravaged by civil war that claimed the lives of at least 150,000 in the 1990s.

During his time in office, he helped establish closer ties with the United States, Germany and France. He also helped broker a peace agreement for Mali.

Over the years, however, frustration grew over the country's stalled economy as well as growing corruption and authoritarian ways under Bouteflika's government.

His repeated health issues prompted doubts about his ability to continue governing, prompting outrage when he attempted to run for a fifth term in 2019.

After nearly a month of protest, President Abdelaziz Bouteflika has promised to end his twenty-year rule and usher in political reforms. He promised an "appropriate response" to the demands of demonstrators.