The two auto industry behemoths are exploring the possibility of jointly developing and building a range of commercial vehicles, and want to cooperate more closely on serving "the evolving needs of customers." 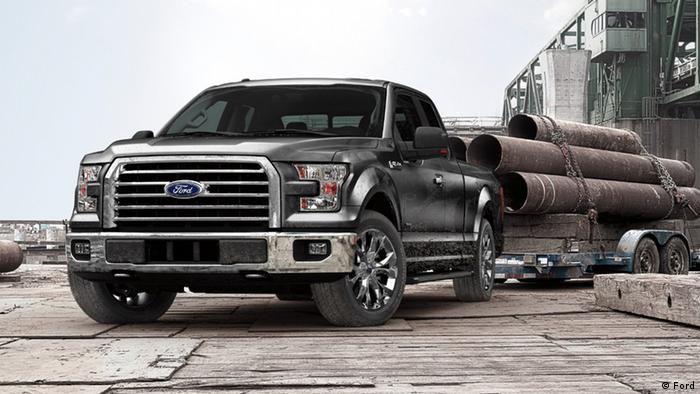 Ford and Volkswagen said in a joint statement late on Tuesday that they had signed a memorandum of understanding aimed at "exploring a strategic alliance designed to strengthen each company's competitiveness."

Reports earlier Tuesday suggested the two carmakers were interested in collaborating on vans and pickup trucks, but a Ford spokeswoman said it was too early to say what the final outcome of the partnership would be.

In a separate statement, Ford's president of global markets, Jim Farley, noted that the move was intended to boost the US carmaker's effectiveness and efficiency.

"This potential alliance with the Volkswagen Group is another example of how we can become more fit as a business, while creating a winning global product portfolio and extending our capabilities," he said.

And Thomas Sedran, head of Volkswagen Group Strategy, said in the statement that the industrial cooperation would be seen as an "opportunity to improve competitiveness of both companies globally."

Both companies, however, made it clear that the strategic partnership won't lead to equity arrangements, meaning VW won't be buying a stake in Ford or vice versa.

Ford is a leader in medium-duty trucks in the United States, and its F-series pickup has been the best-selling US vehicle for decades.

In the late 1980s, Volkswagen and Ford had already ventured into South America together where they wanted to jointly build passenger cars for Brazil and Argentina. The joint venture, known as Autolatina, dissolved in 1995.

VW's Thomas Sedran said the potential new partnership came in a "challenging environment" for carmakers, which is why it was of "utmost importance to gain flexibility through alliances" for the company.

"Markets and customer demand are changing at an incredible speed. Both companies have strong and complementary positions in different commercial vehicle segments already," he added.

Bigger is still better at the Detroit car show

Bigger is still better at the Detroit car show